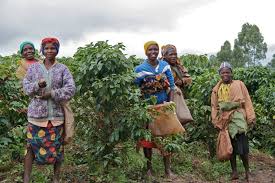 A Chipinge white farmer has been dragged to court for allegedly refusing to vacate part of his farm for Manicaland Provincial Affairs minister Ellen Gwaradzimba’s son, Remembrance Mbudzana.

He appeared before Chipinge magistrate Farai Gwitima on Wednesday where he pleaded not guilty to contravening section 3(2) ()a) as read with section (3)(3) of the Gazetted Land (Consequential Provisions) Act (occupying gazetted land without lawful authority).

Vieux, who is represented by Harare lawyer Norman Mugiya, had this to say:

I arrived at the magistrate court to collect summons only to learn that, in fact, I will be on trial and I had no legal representation.

Mbudzana argued that Vieux was unlawfully occupying land allocated to him. In a warned and cautioned statement recorded by one Assistant Inspector Makovere at Chipinge Rural Police Station, he said:

I know the accused person, namely Richard Le Vieux as a director of Farfell Coffee Estate referred to as the first accused person.

On January 10 2019, I successfully applied for A2 model resettlement and I was allocated land by the acquiring authority at Lot 1 of Farfell Coffe Estate, Chipinge, measuring 229,400 hectares through an offer letter.

Vieux was remanded out of custody to May 29 for the continuation of trial.