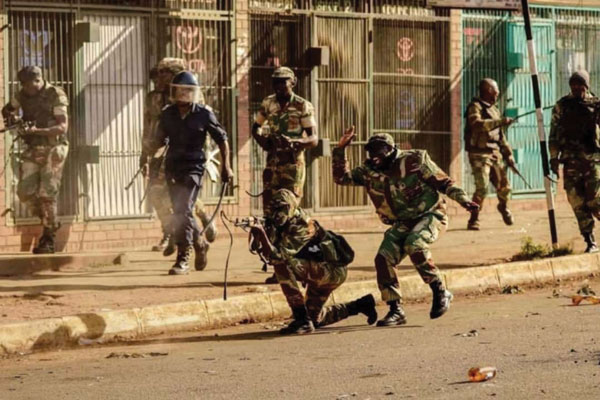 In response to Chamisa’s promised series of vibrant demonstrations over the state of affairs, ZANU-PF party has issued a fierce warning indicating that security personnel will be on high alert.

ZANU-PF spokesperson Simon Khaya-Moyo warned that security services will be alert to deal with any mayhem and anarchy. He also attributed the current state of affairs to sanctions which he said were brought by the MDC.