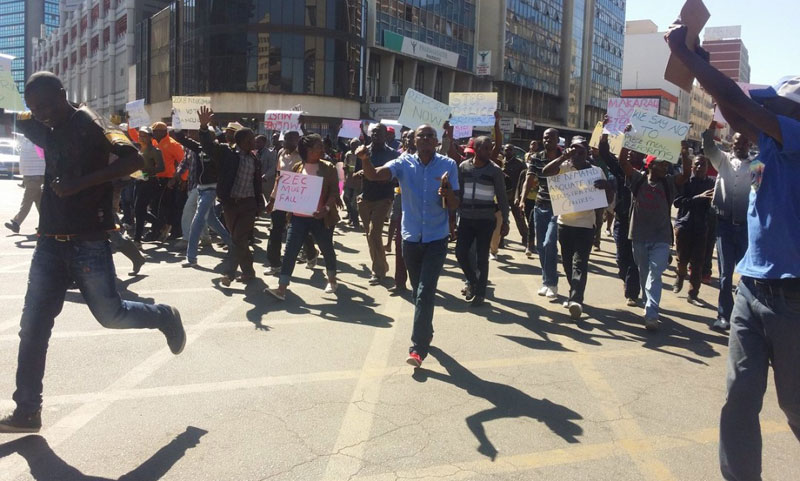 The Zimbabwe Congress of Trade Unions (ZCTU) told the Daily News that threats by government will not stop workers from exercising their democratic and constitutional rights.

The austerity measures that have been put in place by government have not put bread on our tables, as workers, and thus we are going to take the necessary steps to seek redress.

The right to demonstrate is a constitutional right that will never be taken away by any person; governments come and go but the laws of the country stay. If they do not amend the Constitution we are going to organise more and more demonstrations to push them to dump neo-liberal policies.

Moyo and Peter Mutasa, ZCTU president, were among civic society leaders, political activists and opposition leaders who were arrested in January for organising a three day national shutdown that degenerated into chaos. It is believed that about 16 people died from army gunshots during the shutdown.

Moyo’s sentiments on demonstrations resonate with those of Jacob Mafume, the spokesperson for the MDC who argued that government permission to protest is not necessary as the constitution already provides for it.