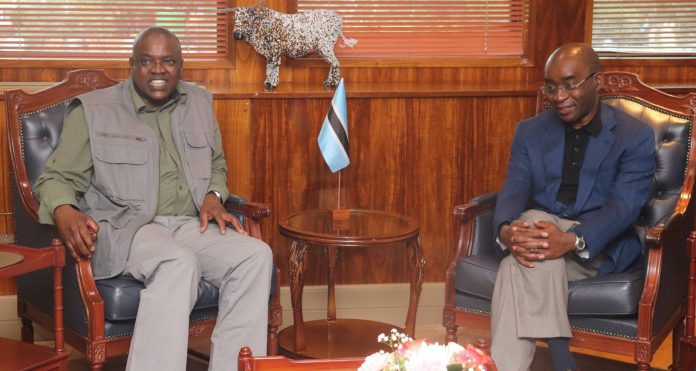 Econet founder, Strive Masiyiwa intends to sell shares to the public once he finalises the acquisition of MTN’s US$300 million stake in Mascom, Botswana’s largest mobile operator.

This follows MTN’s announcement in March this year that it would sell its 53 per cent shareholding in Mascom.

Mascom was the first telecoms company which Masiyiwa established and the name is short for Masiyiwa Communications.

Speaking ahead of a Town Hall youth meeting alongside Botswana president Mokgweetsi Masisi in Gaborone set for Tuesday Masiyiwa said:

After a few months of negotiating, we reached a deal. I’m paying them $300m, which means they have done very well, as they originally paid less than $70m.

During our original bid, I told the government of Botswana that my vision was to take the company public once it was profitable.

I wanted to achieve something which I did in Zimbabwe, and sell shares to thousands of ordinary people. For the last 21 years, I have been unable to fulfil this promise because my company did not control enough shares. Now I can keep that promise.

As soon as we complete the acquisition of the MTN shares, I have already instructed our management to begin a sale process to ordinary Botswana citizens.

In what I hope will be the biggest public listing ever undertaken in Botswana, I want to sell shares to anyone who can raise about 100 Pula (about $10).

According to a NewZwire report, Mascom holds an over 50% share of the Botswana mobile phone market with over 1.7 million subscriptions.