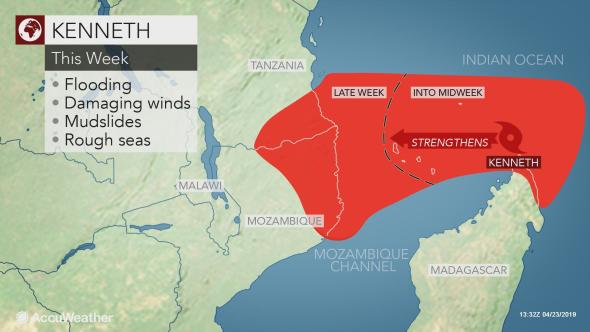 A tropical cyclone threatens to wreak havoc in parts of Tanzania and Mozambique later this week.

Cyclone Kenneth is expected to bring torrential rainfall on the island of Madagascar before crossing the Mozambique channel and hitting the Eastern coastline.

The good news is that the areas that are most at risk from Kenneth were largely spared from any of former Tropical Cyclone Idai’s destruction in March.