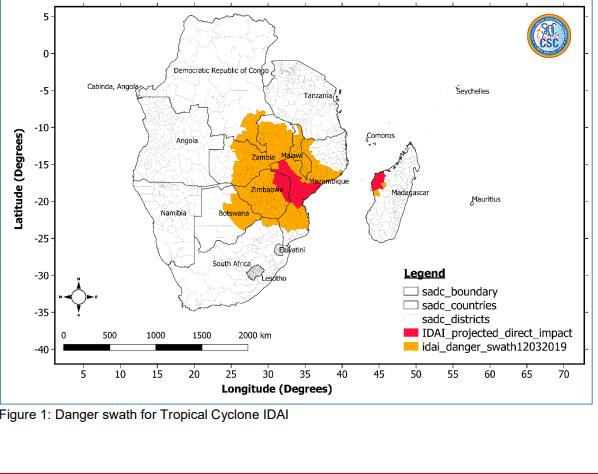 The Tropical Cyclone has been named Cyclone Idai which, as of March 13, was still moving towards central Mozambique with a speed of 176km/h.

Cyclone Idai is expected to make landfall on 15 March 2019.

Parts of northwestern, central and north-east Zimbabwe are likely to receive increased rainfall amounts with direct impact due to Tropical Cyclone Idai around the 15th to 17th March 2019. 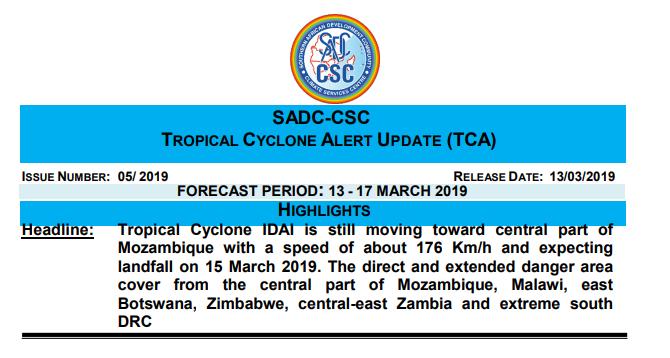 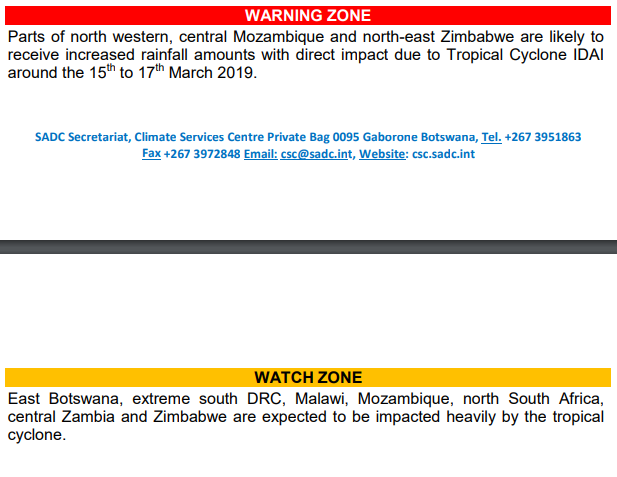 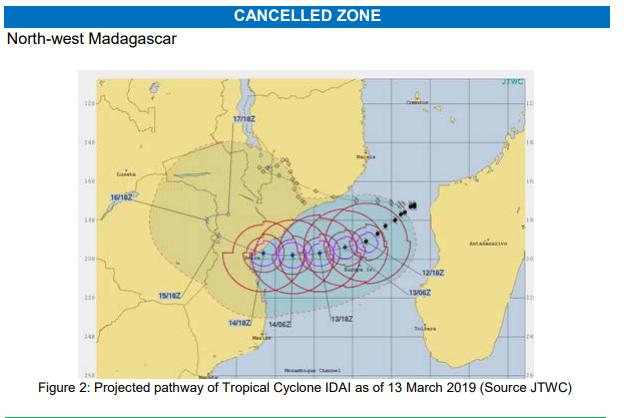 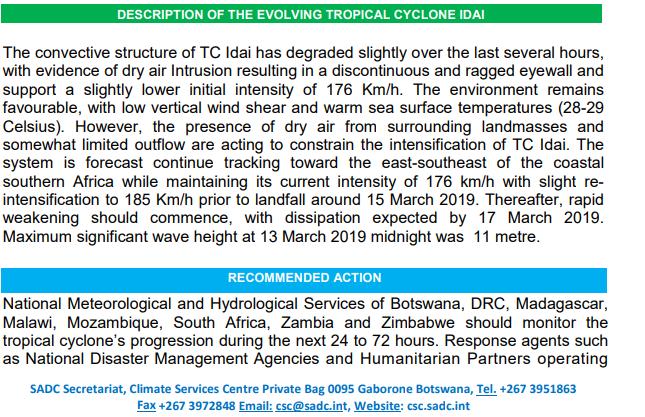