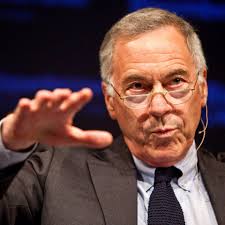 Professor Steve Hanke who claims that Zimbabwe has been in a state of almost constant crisis for the past two decades believes imitating Singapore can be the panacea to Zimbabwe’s woes.

Hanke was speaking at a Cato event.

He mentioned that although the country has great potential, it is currently ranked amonst the poorest in the world. He claims the plunge started in 2000 and was exacerbated by the hyperinflation of 2008 which he attributed mostly to fiscal problems.

Hanke blelieves Zimbabwe must adopt the Singapore strategy. He notes that Singapore used to be worse than Zimbabwe but is has transformed to become a global leader. The professor identified six nuggests below Zimbabwe should go for: