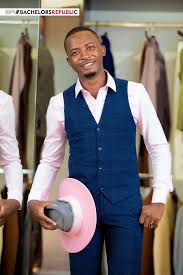 Mhere revealed this on Monday in an interview with Newsday Life &Style where he described Chimoto as a humble and talented singer. Said Mhere:

I met Skeffa when he came to Zimbabwe for a CCAP Voice of Mbare function and we later talked about the music business, leading to our collaboration.

It was a great experience working with such a talented music icon who also commands a huge following in his country and Zambia as well.

I have realised that there is power in working together as artists and producers across genres, where you get to share ideas and exchange notes.

I have worked with various musicians in many projects and have realised that, besides giving audiences variety, collaborations unite artists.

…. This forthcoming album carries different themes such as evangelism, salvation and hopes to the people and nation at large.

The song Nyika Dzibatane, featuring my Malawian brother Skeffa, seeks to unite the two countries musically and culturally, as we have enjoyed a cordial relationship.