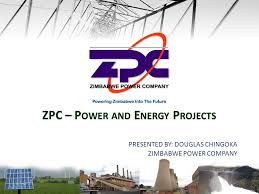 It is alleged that Chivayo paid the bribe to avoid the cancellation of a tender his company Intratek had won. The tender was for the Gwanda solar project.

Kazhanje who is being represented by Advocate Sylvester Hashiti, said that he never influenced any decision to sign any contract. Hashiti said:

He never influenced any decision to sign any contract as he has always worked with a board of qualified and capable members of various educational and professional backgrounds who collectively made decisions and who had the capacity to object if any impropriety was occasioned.

Kazhanje is also reported to have made known a potential clash of interests well in advance. Before joing ZPC, Kazhanje was a director at a company that ZPC engaged for the Gwanda solar project. Hashiti said:

A company in which he was a director is the one which was engaged to conduct consultancy work for Intratek prior to his involvement in whatsoever capacity with ZPC.
The consultancy work was duly rendered and fees invoiced as at the stage of payment.