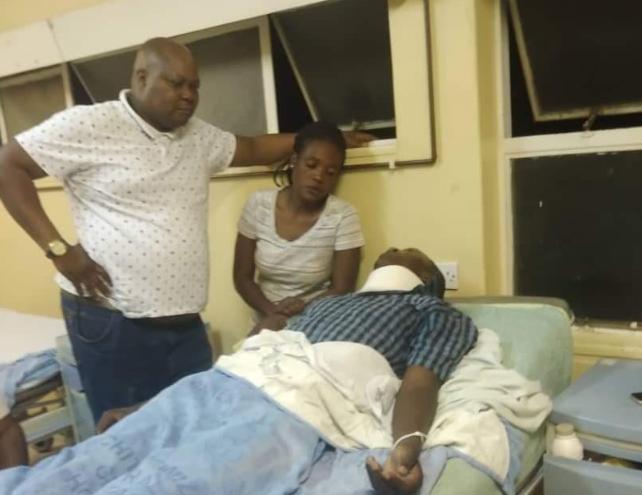 They are facing charges of with public violence.

They were arrested on the 2nd of April following the violence said to have occurred at the home of another MDC member and Ward 17 councillor Fungai Magadzire. As a Herald article reports,  the accused persons and their accomplices, who are still at large, assaulted former Chitungwiza Deputy Mayor Jabulani Mtunzi, Lilian Munyangadzi, Moreblessing Simango, Rabani Pirikisi, Andrew Samuriwo, Moses Tsikwa and Abigail Tarupiwa. This is alleged to have happened on March 30 between 4 pm and 4:10 pm.

A Herald post reports that the accused assaulted the victims using stones and open hands when they were in Unit J where the MDC Alliance was conducting district elections. Chimbaira is also accused of attempted murder after he tried to run over Mutunzi with his Toyota Fortuner. Mtunzi is believed to have dislocated his neck as a result.