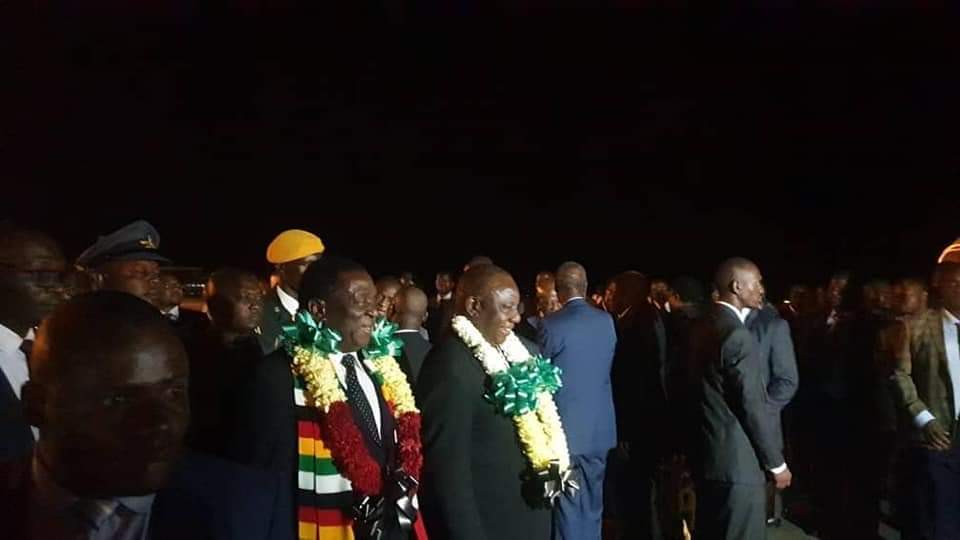 President Emmerson Mnangagwa has justified his foreign trips saying they are yeilding results.

Mnangagwa said countries such as Tanzania, Botswana, Namibia, South Africa and United Arab Emirates (UAE) supported Zimbabwe with Cyclone Idai relief because he had visited them earlier. He said he will keep travelling regardless of people’s criticism. Mnangagwa said this while officially opening the 111 ordinary session of the Zanu-PF Central Committee in Harare yesterday. Said Mnangagwa:

In the period under review, we continue with the engagement and re-engagement policy. As a result, we have witnessed concrete investment commitments from across the world. This will cumulatively have a positive impact on our overall economic growth and the creation of jobs for our people. It is a result of these engagement and re-engagement efforts that we receive overwhelming support from countries such as United Arab Emirates which I visited earlier this month as well as Tanzania, Botswana, Namibia, South Africa and many other countries that have supported us. It is because that we have engaged them. So it is critical that engagement should continue. You can hear some people saying why is the President travelling? If we had not been travelling engaging these countries, were we going to get all the medicines that we have received? No. It is because we have elevated our relations with other countries. Ticharamba tichidero tichisimudzira ukama, vanotaura vachingotaura tichingoenda mberi kuvaka nyika neukama. We are permanently and continuously shaking off the isolationist approach in the manner we do things as a result of past history which was necessary because we have been faced by the choice of do we proceed with our land reform programme to avoid isolationism or we proceed with the land reform programme whatever the world chooses to do.