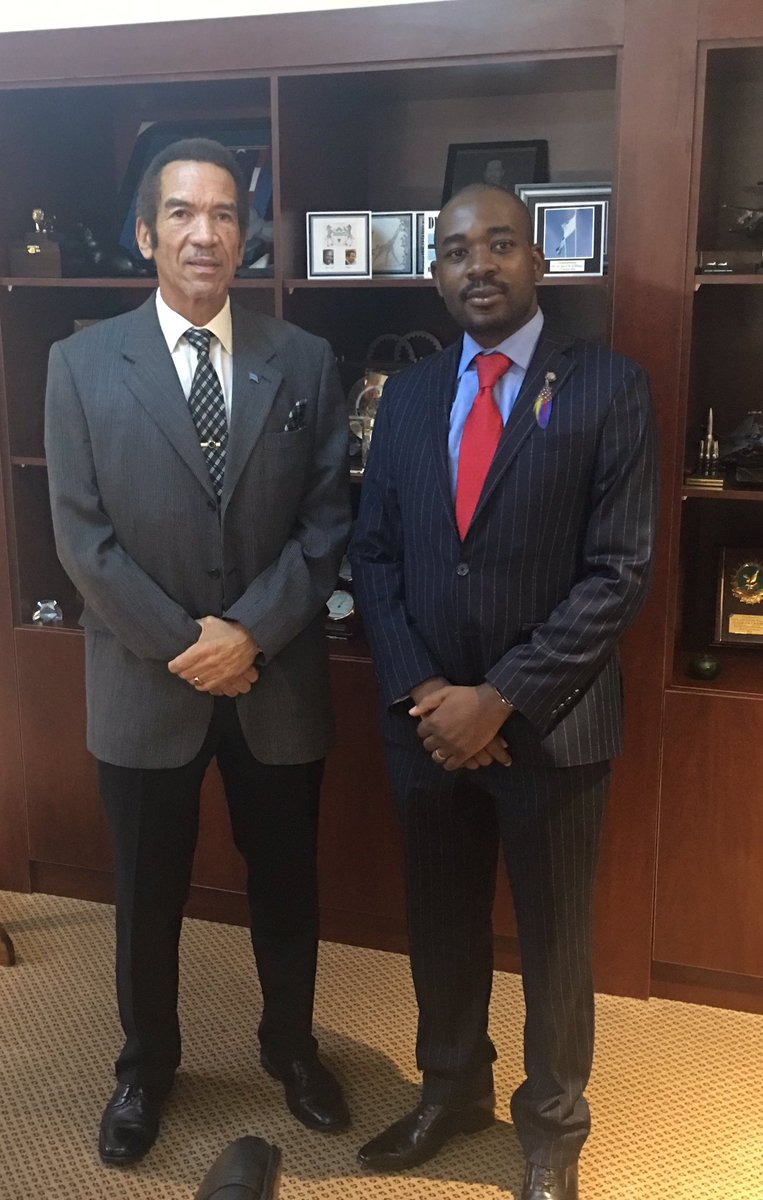 Chamisa is in Botswana where he met the country’s former President Ian Khama. He also went to West Africa a few weeks ago. The MDC has been  criticising President Mnangagwa over his endless foreign trips and hiring private jets but has defended Chamisa’s foreign trips. Speaking to NewZimbabwe.com, MDC spokesperson Jacob Mafume said:

There is no comparison. He has not had more than two trips out of the country, Mr Mnangagwa has had three trips in five days. He (Mnangagwa) has had them in luxury jets, our president travels economy class on normal flights.