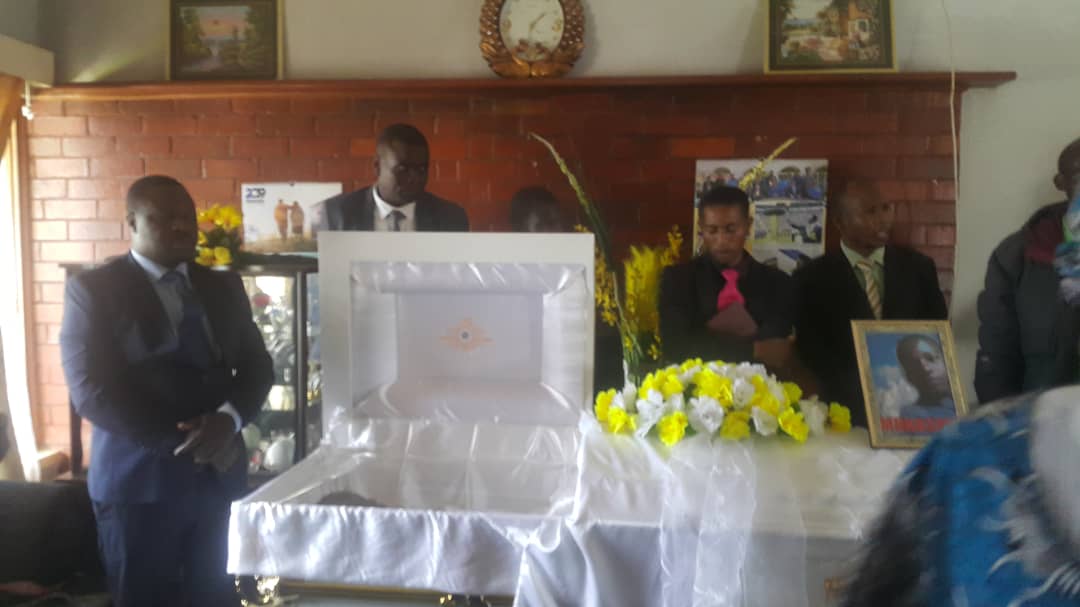 St Charles Lwanga students who spoke at the burial of their colleague in Marondera on Tuesday recounted the harrowing details of their escapes from the jaws of death.

Two people were killed by a rockfall at the Catholic-run school, perched in the rugged Chimanimani District. A form 1 pupil, Munashe Jena who had been transferred to the school just over a month before the cyclone, and a security guard were the victims.

Speaking at the burial in Paradise Park in Marondera, the students said they “forced” soldiers to transport them from Skyline junction to Chipinge after walking 15km of foot from the school. Said the students:

When we arrived at Skyline, the soldiers who were there said they were not in a position to assist us since they had come to clear the road.

It was only after we threatened to proceed on our own that they agreed to ferry us to a safer destination. One of our teachers almost got manhandled by the soldiers as he argued that we needed assistance.

… We made it on our own to Skyline. No one helped us. Some were taking pictures of us. It was disturbing.

'Chimanimani is the gateway to the wildest, most rugged National Park in Zimbabwe. Known for its peace and tranquility, it’s also the ideal location for the truly adventurous. Explore spectacular hiking trails, crystal waterfalls, an untouched eco-system, breathtaking landscapes and the deepest quartzite caves in... Read More About Chimanimani District