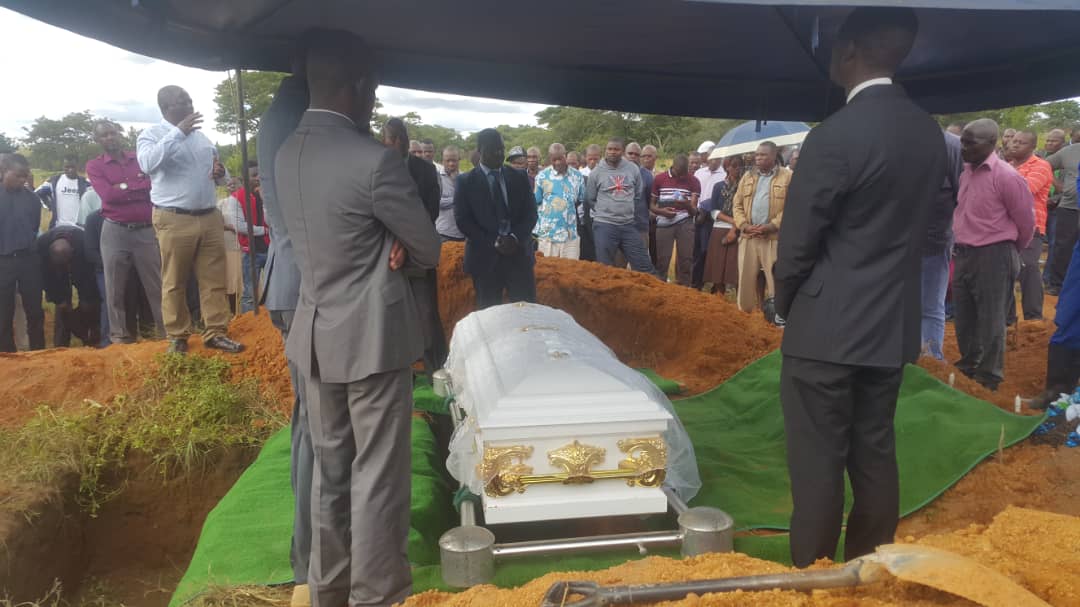 St Charles Luwanga students recounted the horrors of what transpired when Cyclone Idai hit the area and subsequently spent three days in a classroom with corpses.

One of the students who narrated the gruesome ordeal at the burial of Munashe Jena in Marondera who was  killed by a rockfall at the school had this to say:

After retrieving the bodies, they were placed in a classroom as we waited for rescue. It was terrible and scary. The bodies were lying in the classrooms covered with blankets.

Some villagers and the boarding master then made some makeshift coffins to ferry the corpses of our colleagues. We went ahead, at night, not knowing where we were placing our feet.

It was gambling, any mistake one would slip and that would have been the end. The road, the terrain was dangerous.

The villagers and boarding master was behind us with the bodies, dicing with death as they manoeuvred their way to the nearest rescue point, at Skyline.

That was the only option. We couldn’t remain at the school for long since we were now certain that no rescue would come our way.

If we had remained there, it would have gotten worse, we were confused. We made it to Skyline before the police took the bodies to Chipinge.