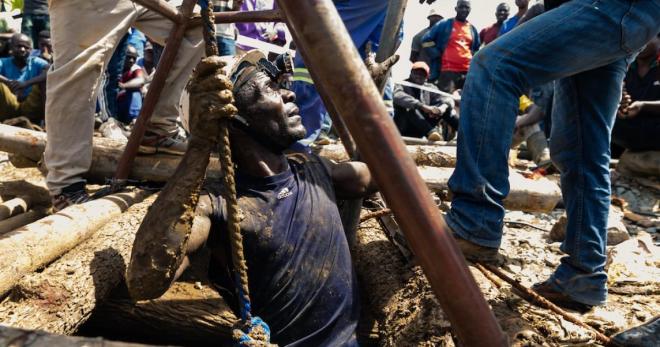 Outspoken Norton MP Temba Mliswa (Independent) has accused top ZANU PF and government officials for the recent Battlefields Mine Disaster. He called for the police to investigate why mining regulations were violated and the identity of politicians who brought the illegal miners to the mines. Said Mliswa:

Looking back at the Battlefields mine disaster, people mustn’t lose focus. Why aren’t the politicians involved giving us answers? Chitando needs to tell us why people were allowed to continue working on a mine that doesn’t belong to them and is illegal.

EMA Zimbabwe, where were you and were the requisite laws and compliance effected? Will you ever answer or is it that everyone is involved in the rot and gold smuggling? When so many deaths occur, shouldn’t heads roll?

Eldorado Mine is another mine in the same province that the same has happened and we hear that the illegal makorokoza were brought in through ZANU-PF Officials so who are the ZANUPF politicians behind this in Mashonaland West? As Prov. Chair Ziyambi Ziyambi must answer.

As Minister of Justice, it would appear he’s giving protection to people like Musengi Nduna. These are syndicates I’m aware of during my tenure as Provincial Chair and always fought hard against. Artisanal miners should be the ones empowered but not for them to be exploited by politicians.

The only reason politicians want artisanal mining to continue is so that they can exploit the hapless miners. Why isn’t anyone asking the surviving miners who put them there, where were they taking the gold and is it there place legally? Those are the key questions, ZRP ask.

If the survivors aren’t apprehended for their illegal mining then we’re supporting the system. Henrietta Rushwaya, President of the Zimbabwe Miners Federation is well versed in these processes and the politicians involved and as a straight person can tell us the truth.

These are the issues that the infiltrators to the Parliamentary Committee on Mines have tried to muzzle me about.