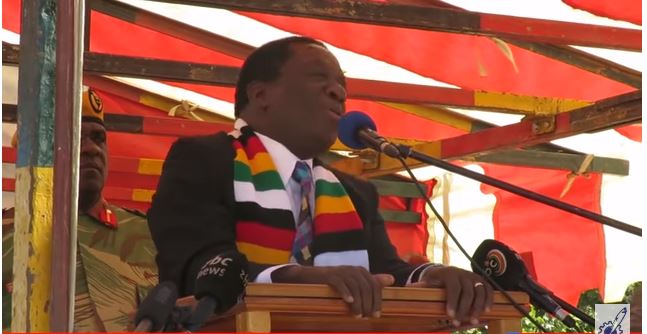 President Emmerson Mnangagwa has threatened to go ahead with inter-party dialogue even without the participation of the Nelson Chamisa-led MDC alliance.

Mnangagwa invited to State House all losing candidates in the 2018 presidential election. Chamisa rejected the offer, demanding that the government should first of all stop the harassment of MDC activists.

Speaking at a ZANU PF rally held in Mwenezi on Saturday, Mnangagwa said:

We want Zimbabweans to unite and walk together. We will continue the dialogue with these other parties.

Out of 23 political parties which participated in the 2018 harmonised elections, most of them came and only MDC Alliance did not come, they are lost. They are always like that, they were always lost.

You want to remain in the bush and not join others at home.

You [MDC Alliance] are being influenced by people who have their parents in their countries while you are children of this nation.