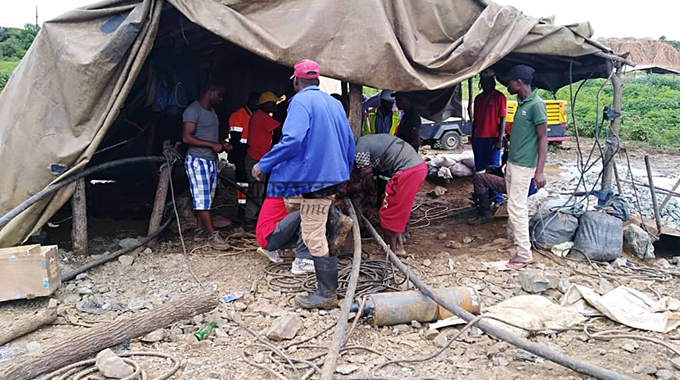 There are fears that the number of casualties at the Battlefields mine disaster could rise to 50 as more miners could have entered the shafts without being recorded. However, so far no deaths have been confirmed but time is running out to find survivors.

Initial reports had indicated that 23 miners had entered the pits before floods swept into the pits, washing down shafts and tunnels on Tuesday night.

A supervisor at one of the pits at Cricket Mine, Alex Mbudzi said that they recorded 23 people who entered the pit on the fateful night. He said:

There were heavy rains on Tuesday night from around 10 pm. However, we did not expect anything bad to happen, but suddenly we found out that water was getting into our cabin while pits were submerged in water.