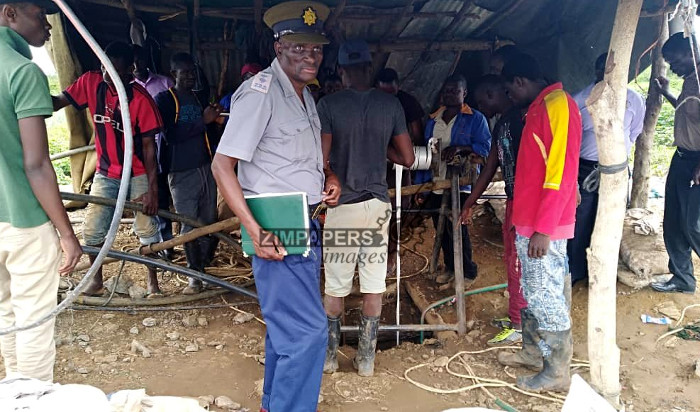 The miners are trapped in a shaft in Battlefields, Kadoma and have been under since Wednesday night when rains flooded the area.

Despite the need for professional emergency services to rescue the miners, the government hasn’t offered much. The rescue effort is being led by the miners’ colleagues.

I’m sorry but Zimbabwe IS A JOKE. Anything up to 38 decent people presumed dead underground, and it’s literally other artisanal miners leading rescue and recovery effort. You’ve a President eating lobster with foreign diplomats! Entire resources of state MUST BE in Battlefields

To the government of Emmerson Mnangagwa, this is the single most important issue today. Yet you have up to 38 families right now facing grim prospect their loved ones won’t make it out alive from those flooded mines. The emergency response is a joke. We are truly on our own!

Looks like the death toll from Battlefields mine disaster will leap past 40. But our government goes on like nothing has happened, or is happening. This happened 11PM Thursday, and here we are – placing the whole burden on their colleagues who can’t be in the right frame of mind