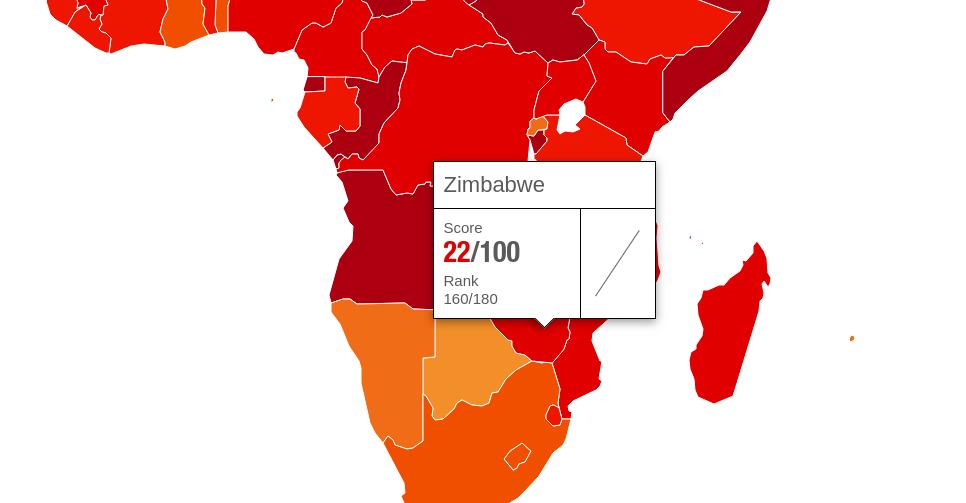 Zimbabwe has been ranked among the worst corrupt countries in the world by Transparency International in its 2018 index. The index was released last week

Out of a total 180 countries, Zimbabwe is the number 160. Zimbabwe’s score out of 100 is 22. African countries worse than Zimbabwe include Angola, DRC, Burundi, Chad, Libya, South Sudan, Congo, and Somalia (ranked worst corrupt country in the world).

Commenting on the 2018 rankings, TPI said:

the continued failure of most countries to significantly control corruption is contributing to a crisis of democracy around the world.

“With many democratic institutions under threat across the globe – often by leaders with authoritarian or populist tendencies – we need to do more to strengthen checks and balances and protect citizens’ rights,”

Here is the table of ranking for select countries in Southern Africa, Central Africa, East Africa and West Africa.