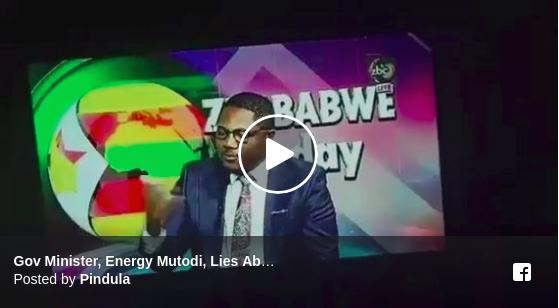 The Deputy Minister of Information, Publicity and Broadcasting, Energy Mutodi, said today that the government controlled and only local television network in Zimbabwe, ZBC TV, is a dead horse.

Mutodi had been asked on Twitter about the quality of journalists at ZBC and Zimpapers. He responded:

For ZBC I agree it’s a dead horse. It will take bold decisions to transform ZBC. 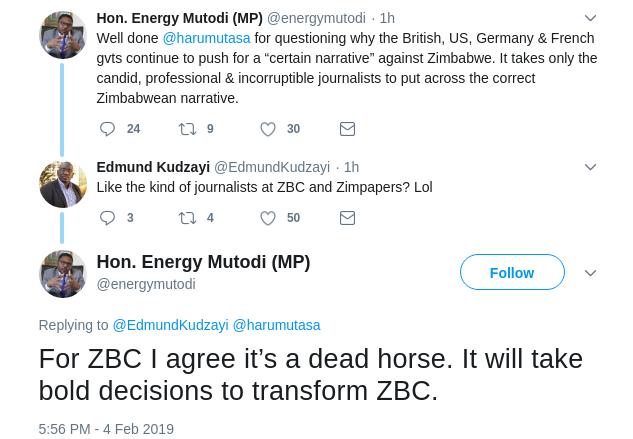 Energy Mutodi, a deputy minister considered to be personally close to President Mnangagwa, he has been known to be outspoken and controversial.