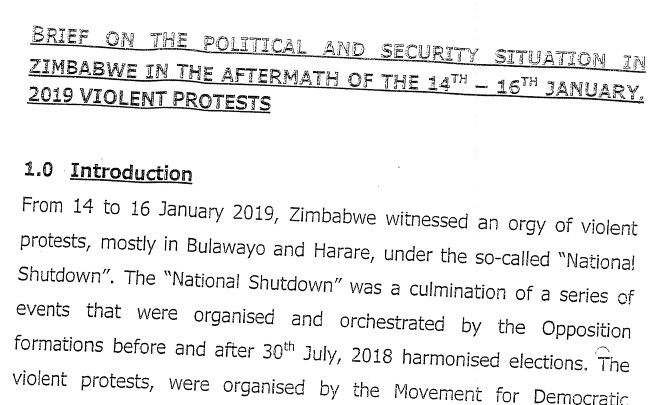 The government prepared a report on the January Shutdown Zimbabwe protests and violent crackdown and is circulating it to regional leaders to explains its position on the issue.

In the report, the government blames the following organisations for planning the 14 – 16 January 2019 Shutdown Zimbabwe violent protests:

The government also says there was a well-orchestrated plan for cyber attacks.

The government has said SADC leaders were satisfied with their explanation of the causes and events of the protests and crackdown. The ANC has also indicated its satisfaction with the explanation.

“SADC Satisfied With Our Explanation”, Government On Military Crackdown