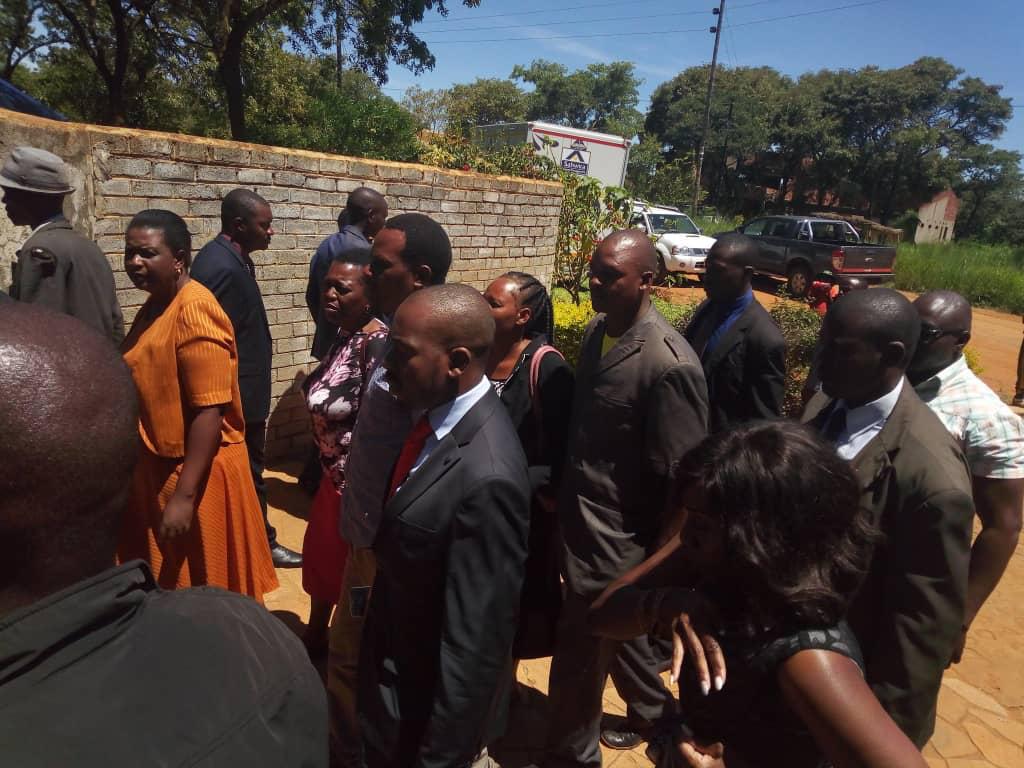 MDC president Nelson Chamisa was reportedly blocked from entering the National Sports Stadium on Saturday for the late Oliver Mtukudzi’s funeral after he failed to observe protocol.

Chamisa allegedly attempted to enter the stadium with his motorcade but was barred from gaining entrance by security agents who were manning the entrance.

MDC secretary-general Douglas Mwozora confirmed the incident earlier on Saturday through his Twitter page. Mwonzora and other senior MDC officials were, however, allowed to enter the stadium as they had followed security protocol.

He was not barred. All other dignitaries including ministers were parking their cars outside and walking in. But Chamisa refused and wanted to drive in. Security protocol did not allow this and he walked away. He was not denied entry.

Chamisa is being a drama queen. A prima donna out to attract attention for the sake of it.