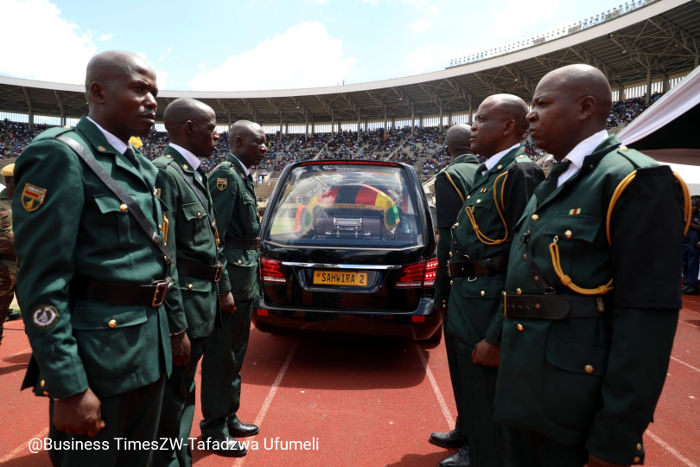 According to information from MDC Alliance Secretary and legislator, Douglas Mwonzora, Nelson Chamisa was barred from entering the National Sports Stadium for Oliver Mtukudzi’s Funeral.

Chamisa was apparently blocked from attending the funeral by state agents. information from the people at the event suggest Chamisa attempted to enter the stadium with an entourage. Having an entourage was said to be the reason he was barred.

However, some have disputed this saying that officially told by the deputy director of security services that for public security, a decision to bar him had already been made the previous day.

The decision by state agents to bar @nelsonchamisa from entering the National Sports Stadium is cowardly and totally unacceptable. Although Hon Zwizwai and myself tried to remonstrate with the government ministers present it was to no avail.

The Ministry of Information, Publicity, and Broadcasting later commented on Twitter:

Dr Mtukudzi’s funeral is family led. Govt is there to provide resources and other support. Everyone is welcome to the funeral. Normal security protocols have to be observed for the protection of the mourners. Govt asks everyone to cooperate with security for everyone’s safety.

Let us not be consumed with pathetic narcism. This weekend is all about Tuku. It’s amoral to be so self-consumed to the extend of trying to overshadow a deceased superstar on his own final journey and swansong. This is not the first time someone has disrespected a funeral.

There are also reports that Winky D, the singer of protest song “Kasong kejecha”, was also barred from entering the stadium.