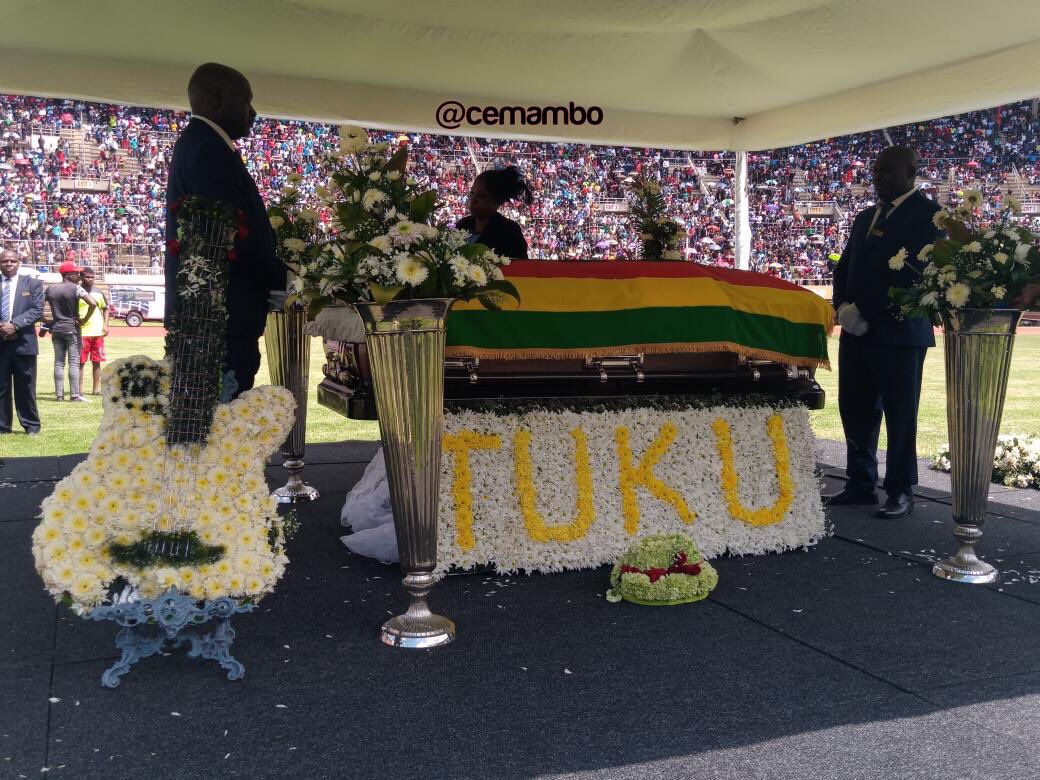 Oliver Mtukudzi’s body at the National Sport Stadium in Harare

Today, MDC Alliance president Nelson Chamisa was barred from entering the National Sports Stadium where a tribute concert & funeral services was being held for the late Oliver Mtukudzi. He was barred by security agents.

Zimbabweans have had varying reactions to the incidents with some saying it was the correct thing to do and some criticising the government for being petty.

My brother, a State is run by human beings, what they say is protocol is what becomes normal. The President’s advisors should have advised him that this is an opportunity to unite the country together with Chamisa. This country needs leadership not Rule by Law! https://t.co/jewSqNloKL

You think you can take your scotchcart into the stadium during a State funeral? It doesn’t happen anywhere https://t.co/dzoSkf6Jho

For the record, @nelsonchamisa did not demand to enter the NSS in a driven convoy. He was officially told by the deputy director of security services that for public security, a decision to bar him had already been made the previous day.
What you hear now is all propaganda

Jittery securocrats today barred opposition MDC leader Nelson Chamisa from attending Oliver Mtukudzi's funeral at the National Sports Stadium. Why are they so frightened of Chamisa?

The ANC begged the family to remove Malema from the funeral program. The family refused! There was no maturity from the ANC none whatsoever.

Winky D and Nelson Chamisa were much closer to Oliver Mtukudzi than the panicky junta pricks ever will be. Who bars people from a funeral? Let them try it in Madziva! pic.twitter.com/1Z4NG26fAE

In the picture is @nelsonchamisa handholding Oppah Muchinguri sent by ZanuPf to represent @edmnangagwa who had been invited to attend #MorganTsvangirai funeral.

Who is Winky D? https://t.co/S5dhdCSevj