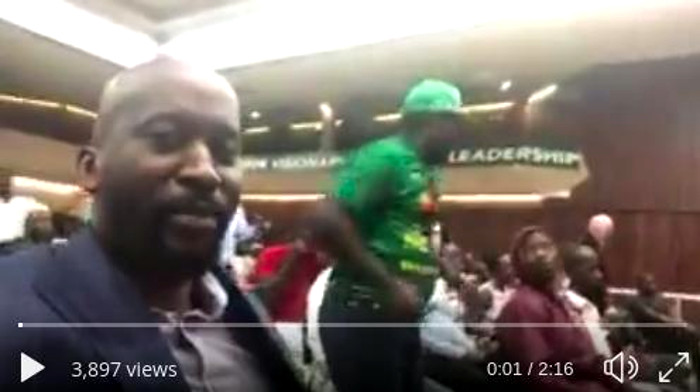 Mukupe was referring to Charamba comments in yesterday’s newspapers which blamed the protests last week on an elaborate continent-wide plan by America to shape the politics of Africa.

Earlier this week, Mukupe said that he received death threats from a faction in Zanu-PF which was trying to oust President Mnangagwa via impeachment. Another party member, Mayor Justice Wadyajena, said he received similar threats after he refused to support he faction. He also claimed the plot had therefore been foiled.

One Comment on ““George Charamba’s Words Are Toxic. We Need West” – Terence Mukupe”