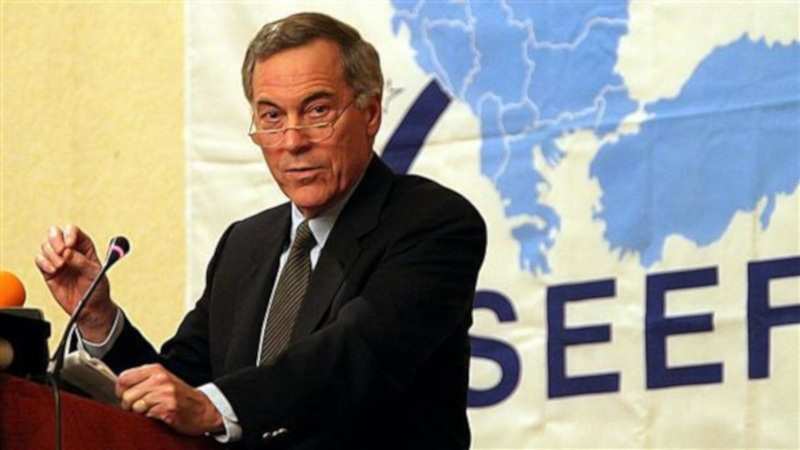 Renowned economist and currency expert, Professor Steve Hanke of Johns Hopkins University has advised President Emmerson Mnangagwa to adopt the strategy of Lee Kuan Yew, Singapore’s first prime minister if he wants the country’s economy to recover. In the last few weeks, prices have been increasing due to fluctuating rates of foreign currency on the black market. According to Hanke, Zimbabwe needs to adopt four principles: stable money, no foreign aid, first-world competitiveness and the protection of private property and the public’s safety to grow its economy and become affluent. In an article written for Forbes Magazine, Hanke says

So, what should the Mnangagwa government do to put Zimbabwe on a road to recovery and liberty? Zimbabwe should adopt the strategy of Lee Kuan Yew, Singapore’s first prime minister. That strategy was based on four principles: stable money, no foreign aid, first-world competitiveness, and the protection of private property and the public’s safety. Mr Lee’s near-perfect execution of the strategy was a result of the fact that he surrounded himself with first-class civil servants and paid them first-wages. As a result, Singapore escaped the grinding poverty it faced in 1965 to become one of the world’s most affluent countries.

So far, the Mnangagwa government has not expressed interest in adopting any of the elements of the Singapore Strategy. Nor have members of his government displayed the kind of competence required to tow the economy out of the abyss. Zimbabwe remains in an economic ditch and the storm clouds are gathering.

After the fall of former President Robert Mugabe, Hanke offered the same advice. In an article written for the New York Times, Hanke said,

Mr.Mnangagwa does not remind one of Mr Lee. Indeed, he was a pillar of Mr Mugabe’s regime. Unlike the impoverished populace, Mr Mnangagwa and his supporters in the military and party have done well under Mr Mugabe’s system of spoils…To deliver, Mr Mnangagwa must prohibit the issuance of New Zim dollars. The dollarization rules followed by the unity government should be restored. Mr Mnangagwa should also announce that private enterprise is Zimbabwe’s future.

….By adopting such a strategy, confidence and the economy would both soar. Zimbabwe’s G.D.P. per capita would reach the same level as Botswana’s current level in about 16 years. Zimbabweans’ level of income would then be almost six times its current level. Zimbabwe would once again be the “jewel of Africa.