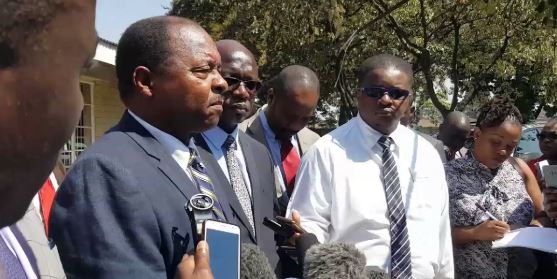 Minister of Health and Child Care Obadiah Moyo has said that the government expects pharmaceutical manufacturers and retailers to accept all forms of payments including the bond notes and RTGS. The Minister said that he was concerned that some pharmacies were demanding United States dollars yet the Reserve Bank of Zimbabwe is supplying foreign currency to the pharmaceutical industry. Speaking to 263Chat, Moyo says

RBZ has been extremely useful and helpful in releasing cash to wholesalers and manufacturers and we expect them to accept other forms of payment such as Bond Notes and RTGS, as a result of the injection of foreign currency. We have heard a lot of people crying because they were being asked to make payments in USD…I am appealing to the retailers and wholesalers not to sell drugs in USD as it is not easily available in Zimbabwe, they should rethink positively for the sake of the chronic patients who are in dire need of medication, as well as any other patients.

3 comments on “We Expect Pharmacies To Accept Bond Notes And RTGS, They Should Think Of Patients: Health Minister”

We Expect Pharmacies To Accept Bond Notes And RTGS, They Should Think Of Patients: Health Minister