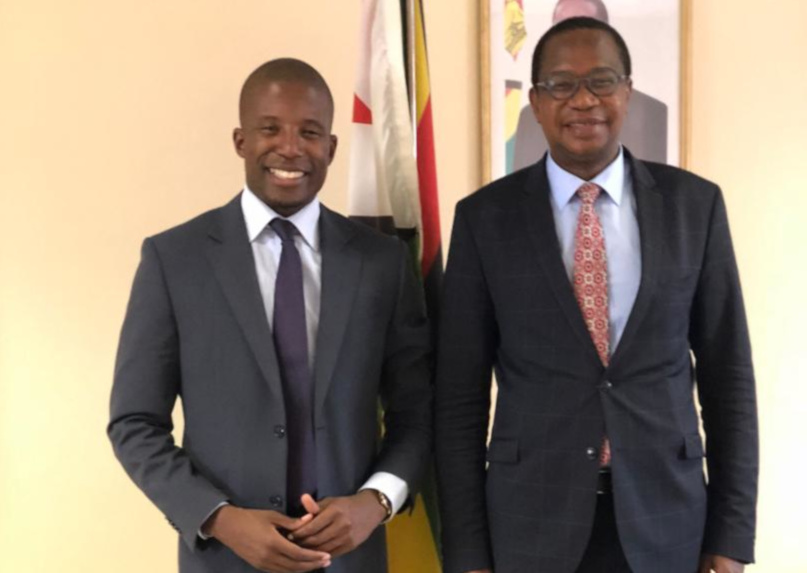 Musara criticised why Ncube appointed Lumumba who has admitted to looting State funds before. In 2016, Lumumba was fired as chairman of a Steering Committee on the Zimbabwe Youth Empowerment Strategy for Investment following allegations of misappropriating funds meant for the Zimbabwe Youth Council (ZYC). In a series of tweets, Musara said he doubts if Lumumba supports Mnangagwa since he was part of Zanu-PF’s G40 faction. Read the tweets below:

Zimbabwe’s aspiring future government leaders like Acie Lumumba have to be subjected to extra robust scrutiny and the highest levels of integrity so that we don’t end up with future Gvnt leaders full of corruption and incompetence!

Considering Acie Lumumba’s admitted record of looting State Funds and his concerning record of disloyalty, restricting his access to State Funds is just cause till such a time that its clear beyond any reasonable doubt that he has permanently abandoned State Funds looting tendencies!

If Zimbabwe does not deal with or ensure repentance of young looters of State Funds like self-admitted State Funds looter like Acie Lumumba when they are small politically then Zimbabwe will fail to deal with them if they become leaders and big thieves!

Those of us who were intimately involved in the succession battle against G40 and the elections battle against Chamisa know there are times we had to deal with Acie Lumumba vicious attacks against ED and Zanu PF. We know his moments of disloyalty and treachery so don’t tell me to not talk about it!

G40 elements see the assignment of Acie by the Finance Minister to have access to State Secrets and State Funds as a goldern opportunity for them to use him for their resurgence. Extra Vigilance on the Finance Ministry is necessary!

If you are saying Acie self-admitted record of looting State Funds don’t matter and must not be talked about now that the Finance Minister has placed him close to State Funds, you lack integrity!

Zimbabwe yanzwa nekubirwa mari. When the Finance Minister places self-admitted State Funds looters like Acie close to State Funds, citizens worth their salt are justified to be concerned!