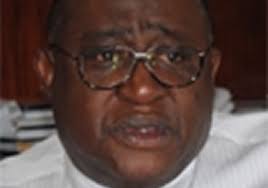 The Chief Executive Officer of ZESA engineer Josh Chifamba has been arrested it has been revealed. Chifamba was arrested for allegedly engaging in underhand deals involving an Indian Company PME. The alleged deals are said to be around $35 million.

Chief Superintendent Paul Nyathi who is the spokesperson of the Zimbabwe Republic Police confirmed the arrests.

Joshua Chifamba, who is popularly known as Josh Chifamba is the current Chief Executive Officer (CEO) of the Zimbabwe Electricity Supply Authority (ZESA) Holdings. He is an engineer by profession, who recently completed his Masters Degree in Business Management. He has been in the energy... Read More About Josh Chifamba