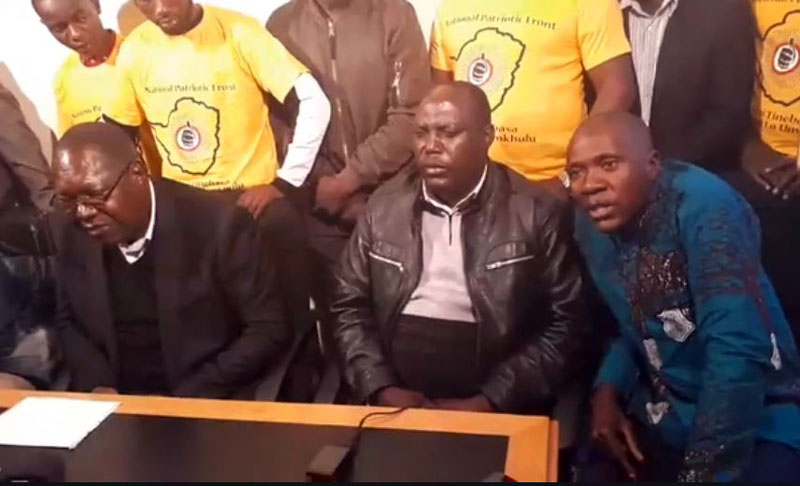 Kunaka said they agreed as NPF executive to hold a convention on Saturday (tomorrow) were people would vote for the party’s leadership. Said Kunaka:

We will stand by Mutinhiri. These guys are lost and have taken the wrong route. They do not have the power to fire the president when the party’s constitution has not been endorsed by the people. When they addressed the press conference they had cash that they had received from Grace (Mugabe) who wants to be MDC Alliance Vice President. We urge them to join MDC Alliance and leave NPF. If it wasn’t for Grace the military would not have carried out a coup.

Those aligned to Mutinhiri said Jealousy Mawarire, Jeppy Jaboon, Eunice Sandi Moyo and Shadreck Mashayamombe are no longer part of NPF. The Mutinhiri led faction said they will not join Nelson Chamisa’s MDC Alliance because they will lose relevance.