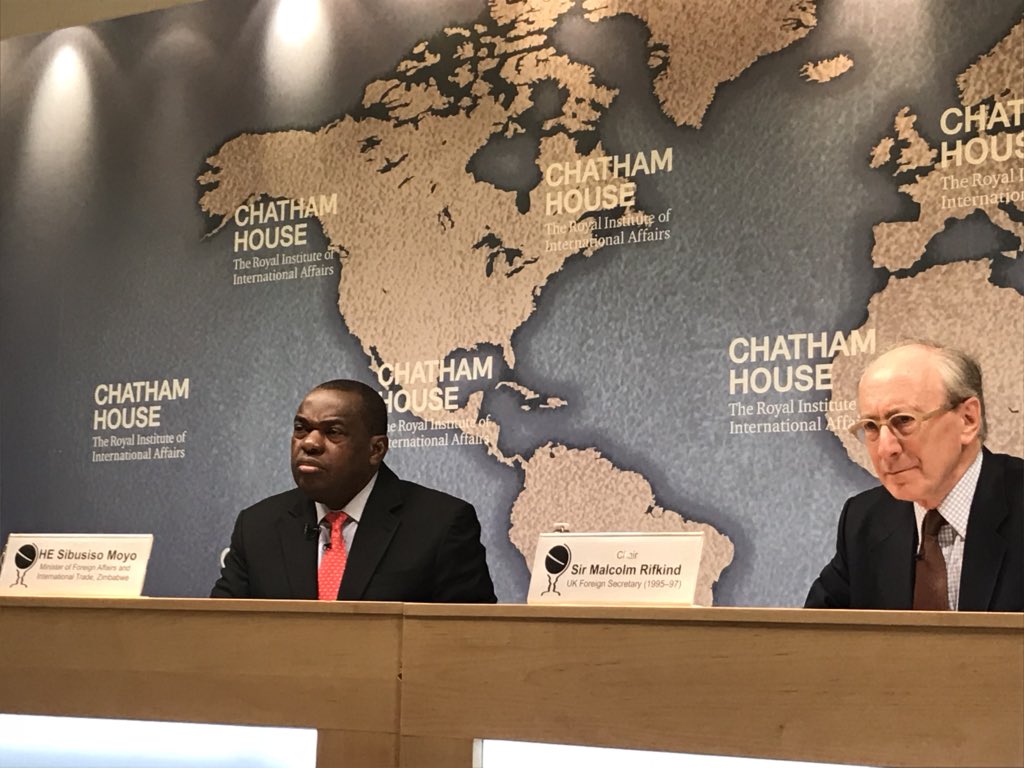 Contrary to some reports on social media and other media, Minister of Foreign Affairs and International Trade, Lieutenant-General Sibusiso Busi Moyo (retired) did not announce that the harmonised elections will be held on the 18th of July 2018. The minister is alleged to have made the pronouncement when he was speaking on the government’s plans for re-engagement and renewal of Zimbabwe’s international economic relations at Chatham House in the United Kingdom on Monday night. Minister  Moyo announced that Zimbabwe reaffirms its commitment to openness and transparency ahead of the July 2018 elections.

The confusion started when the official Twitter account of Chatham House appeared to have made a mistake and tweeted the following:

HE Sibusiso Moyo – Elections on July 18, 2018, will reaffirm our commitment to openness & transparency. The #Zimbabwe government will apply rules & standards for holding free and fair elections in a peaceful, violence-free environment. We welcome international observers #CHAfrica 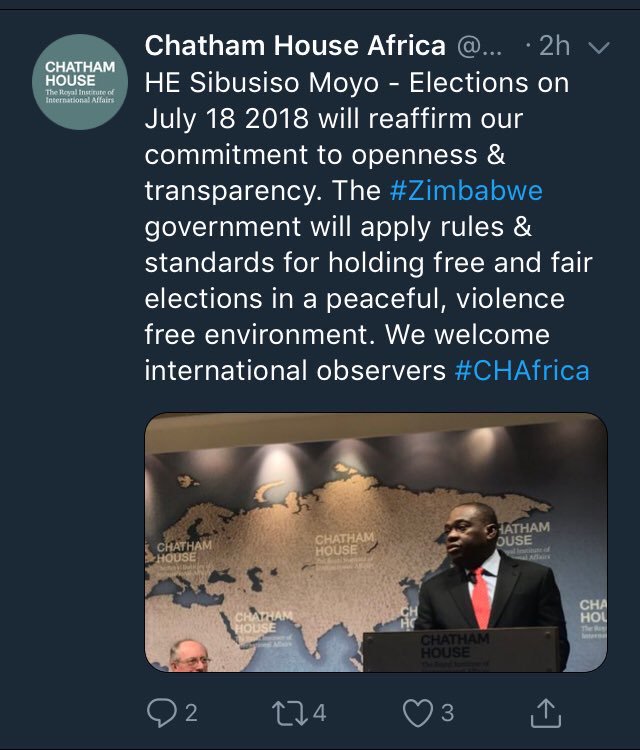 Here is a video of the Minister’s statement:

Here is what Foreign Affairs Min SB Moyo actually said on elections during his speech at @AfricaProg.

There was no mention of July 18 in his presentation. pic.twitter.com/1zmn7DXpZ8

The Zimbabwe Electoral Commission (ZEC) has previously announced that the harmonised elections can only be held between July 21 and August 21.  Moyo also announced that  President Emmerson Mnangagwa was prepared to step down in the event that he loses the 2018 elections to Nelson Chamisa or any other opposition leader.

Chatham House has since acknowledged and apologised for the error. In a tweet, Chatham house said:

Clarification: HE Sibusiso Moyo spoke of elections in July 2018, with no specific date – the below date was tweeted in error. Watch the full video of the minister’s speech here: https://cht.hm/2K8851Q  #CHAfrica