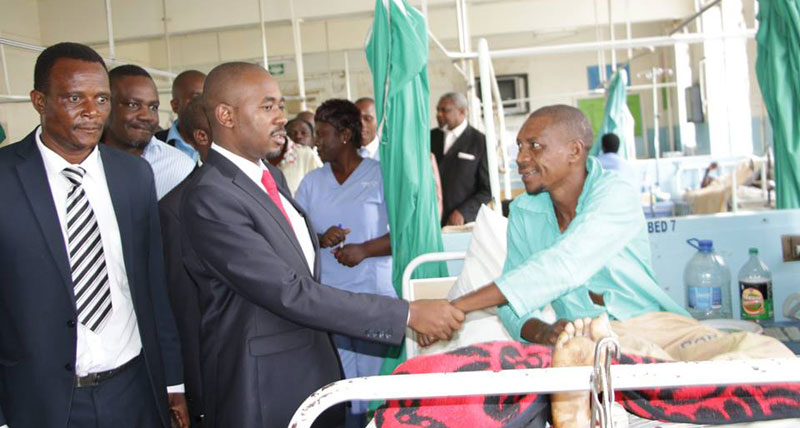 Earlier on today (Thursday) MDC-T leader Nelson Chamisa toured Harare hospital to assess the effects of the current strike by medical doctors. The doctors have been on strike for the past two weeks protesting against poor salaries of $349 per month, low on-call allowances, poor working conditions and lack of essential drugs.

Addressing journalists outside the hospital’s maternity wing at the hospital, President Chamisa urged the government to urgently look into the genuine grievances by the country’s doctors.

He said President Mnangagwa cannot continue with his mantra that the country was open for business when it is not open for health. He said the country’s medical staff worked under very difficult conditions and the government had to prioritize the health of citizens.

He said doctors and medical personnel in countries like South Africa and Rwanda earned far much more and enjoyed better working conditions than the health workers in Zimbabwe.

He pledged that his incoming government would take seriously its responsibility particularly in the social sectors such as health and education.

The strike worsened today after emergency room doctors also joined in the strike.