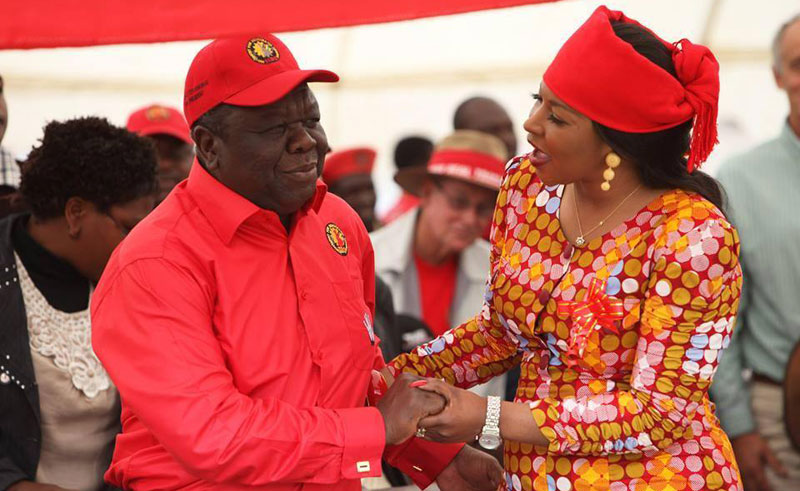 Music legend Oliver Mtukudzi performed his yesteryear hit song “Neria” at the funeral of the late former Prime Minister Morgan Tsvangirai in Buhera. “Neria” was one of the soundtracks to Tsitsi Dangarembga’s 1993 hit movie of the same name, which highlights the plight of widows in African culture. The song was befitting as Tsvangirai’s window, Elizabeth Macheka Tsvangirai seems to have been alienated by Tsvangirai’s family.

The Tsvangirai family did not acknowledge Elizabeth at the funeral although it recognised the family of Tsvangirai’s late first wife Susan Mhundwa Tsvangirai. This comes after the family’s failure to introduce Elizabeth on Tuesday at a rally to celebrate her late husband’s life at the Freedom Square.  Elizabeth was also unable to accompany her husband’s body from Harare when it was transported by helicopter and had to use the road instead.

Tsvangirai who died last Wednesday after succumbing to colon cancer will be buried later on today next to his first wife Susan in Hamunikwa village in the Buhera area.

Here is the video courtesy of Bustop TV