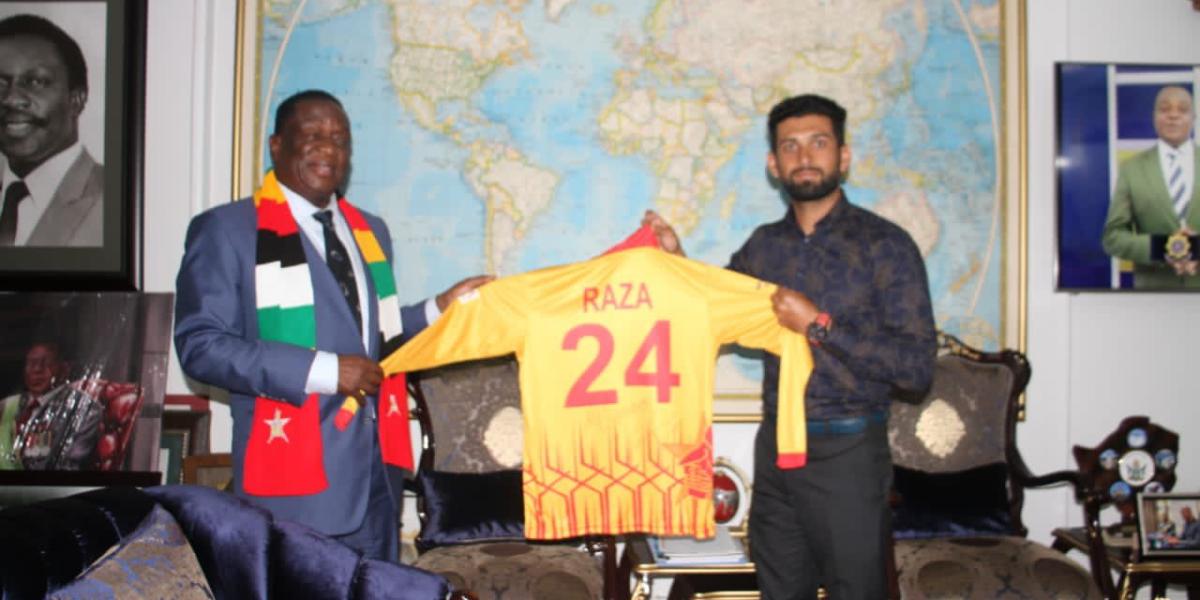 Zimbabwe national cricket team star Sikandar Raza says he was humbled by President Emmerson Mnangagwa’s gesture to congratulate him for being named in the ICC Team of the Year.

Raza, who had a brilliant 2022 with both bat and ball, was named in the star-studded Team of the Year after helping Zimbabwe reach the Super 12 in the ICC T20 World Cup held in October.

The all rounder paid a courtesy call on Mnangagwa at State House today, during which he was congratulated by the Head of State.

Raza took to Twitter to show gratitude for Mnangagwa’s gesture.

It was truly an honor to be invited by His Excellency @edmnangagwa to congratulate me on my inclusion in the ODI and T20 Team of the Year.

I am truly humbled by His Excellency’s gesture.

Raza is one of our best. Thank you for doing wonders for Zimbabwe Sikandar Raza.

Raza also made history by becoming the first ever Zimbabwean to win the ICC Player of the Month, when he won it in August last year.