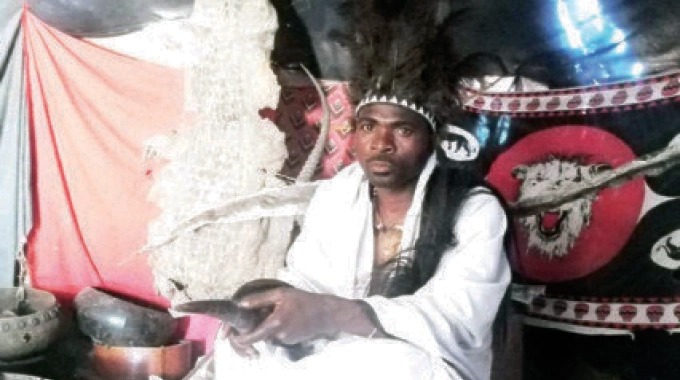 A Seke-based traditional healer, Sekuru Mutasa, has denied claims that he gave money-making charms to the 17-year-old teenager who raped his 10-year-old biological sister.

The teenager told Harare regional magistrate Clever Tsikwa that Sekuru Mutasa had given him charms to get rich and advised him that the juju would only work if he sleeps with his biological sister.

He was sentenced to six years in prison.

Speaking to H-Metro, Sekuru Mutasa (born Bright Mharadze) said he is not the one mentioned by the accused. He said:

There is a bogus traditional healer masquerading as Sekuru Mutasa.

That’s the one who might have wrongly advised the jailed teenager.

First and foremost, I don’t give charms to young people.

Secondly, I thoroughly vet any person who approaches me for my get-rich charms.

I have nothing to do with this case.

The traditional healer said he doesn’t believe the teenager’s claims that he sought the advice of a sangoma before raping his sister.

The court heard that sometime in 2019, the two siblings were at home alone when the brother called his sister to their parents’ bedroom.

He instructed the minor to remove her clothes, but she refused and then he stripped her naked and raped her.

After the rape, he threatened to kill her if she told anyone.

The boy raped his sister again the following day and on two other occasions in the same year.

The court heard that when the girl tried to reveal the incident to her mother, she thought she was lying.

The matter came to light when the two siblings had a misunderstanding at their aunt’s house.

The girl told her aunt that her brother always threatened her whenever she tried to reveal that he had raped her. | H-Metro