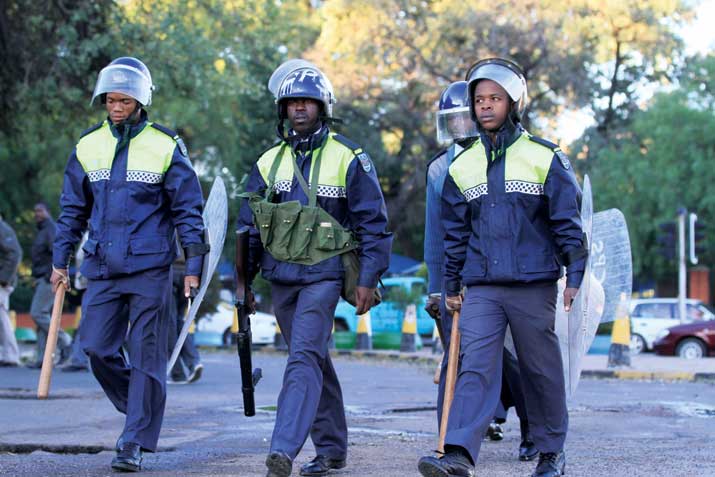 The Botswana Police Service has launched a manhunt for five armed men believed to be foreign nationals.

In a statement issued by the Assistant Commissioner of Police, Dipheko Motube, this Monday, the manhunt follows a shootout in Gaborone on Sunday night.

Motube said one of the suspects was later arrested adding investigations are in progress. Said Motube:

Law enforcement officers in Gaborone have embarked on a manhunt of five (5) armed suspicious characters believed to be foreign nationals.

This follows a shoot-out between six (6) armed men and law enforcement officers at Block 8 location in Gaborone last night, which subsequently led to the arrest of one of the suspects.

Members of the public are therefore informed to be on the lookout and report any suspicious characters to the nearest Police Station or call emergency number 999.

They are also warned not to approach the suspected men who are armed and dangerous.