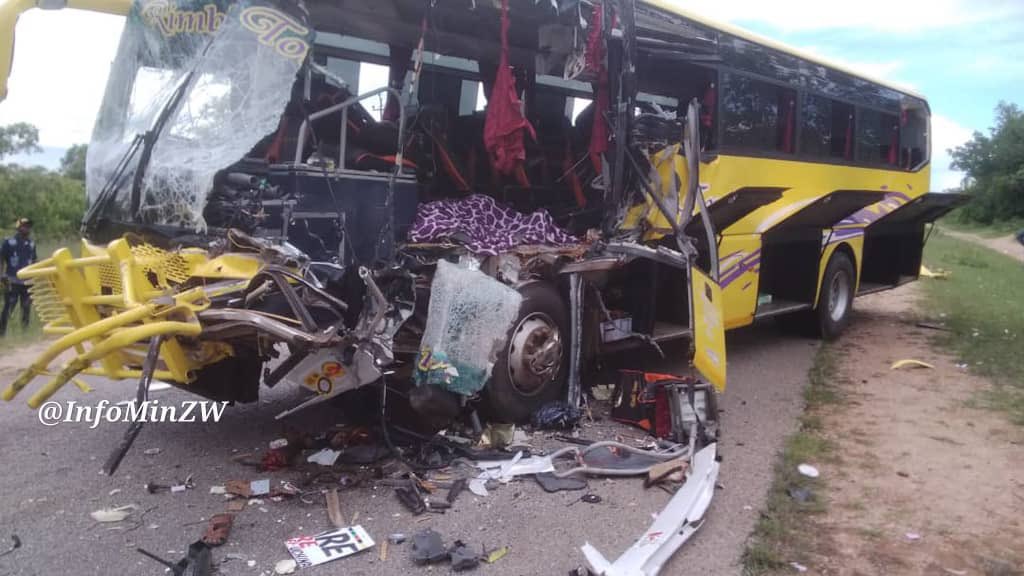 A Rimbi Travel & Tours bus accident in Mutoko today was filmed from inside the bus as it happened today.

The footage was apparently filmed by the crew of the bus who supposedly wanted to collect evidence of the recklessness of another driver driving a bus, branded Zebra Kiss, which they were trying to overtake. Passengers the bus are heard in the video complaining of the speed and circumstances, but the crew did not relent.

From the video, it seems the buses were attempting to stay in front of each other. This resulted in the two buses driving very close to each other at significant speed.

When the bus in front overtook a slow-moving vehicle, the second bus (whose crew was filming) could not react quickly enough to avoid hitting the vehicle, resulting in the accident. Reports indicate one person died and several were injured in the accident.

According to ZBC, a spokesperson for the Zimbabwe Republic Police has verified the incident.

The national speed limit on wide tar roads for public service vehicles and heavy vehicles in Zimbabwe is 80km per hour. However, it is common for buses plying connecting cities and towns to travel at speeds around 120 km per hour (the speed limit for small vehicles).

Bus accidents due to driver recklessness are quite common in the country with at least one fatal accident every other month.

2 comments on “WATCH: Bus Crash Filmed From Inside Seconds Before Disaster”