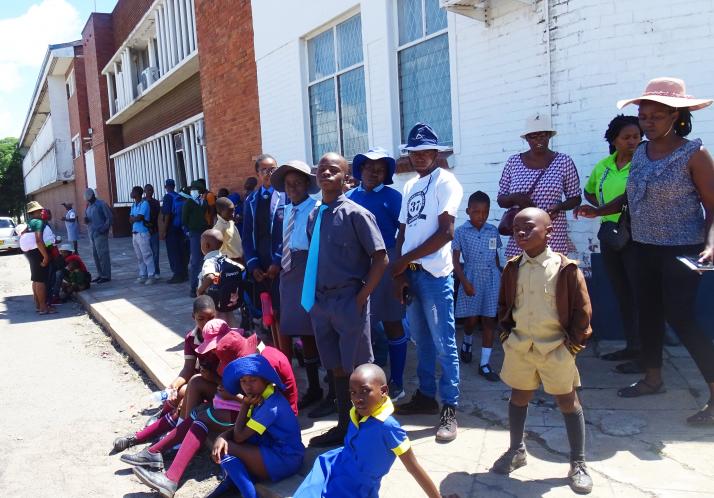 The children and spouses of the former Lobels Biscuits employees in Bulawayo on Friday staged peaceful protests at the company’s Belmont factory.

The demonstration followed the sacking of more than 400 workers by the company for protesting sexual harassment, nepotism and low wages.

The workers accused Lobels Biscuits’ Chief operations officer Andrew Dinhidza, of sexual harassment and oppression and were demanding his dismissal.

One of the affected workers, Jeremani Serepiya, said their children are no longer going to school. She said:

The children are here to just tell the management that they have hit hard times following the dismissal of their benefactors.

The children are no longer going to school because their parents cannot afford school fees, uniforms and food.

I was one of the workers who was fired and my pastor assisted me with buying books for my children. I am a widow and I cannot afford to sustain my family.

As we speak, we have been interdicted by the High Court not to set foot at the company’s premises.

We have been trying to seek an audience with the company’s management, but it seems they are not interested in meeting us.

A Form Four pupil whose father was fired by Lobels Biscuits said she was last week expelled from school because her school fees were not paid. She said:

The company should just understand our plight as children.

It really pains me that I am no longer able to go to school because my father was unlawfully dismissed.

If the company refuses to listen to our plight we will be forced to write to President Emmerson Mnangagwa to intervene.

One Comment on “Spouses, Children Of Fired Lobels Biscuits Workers Protest At The Factory”