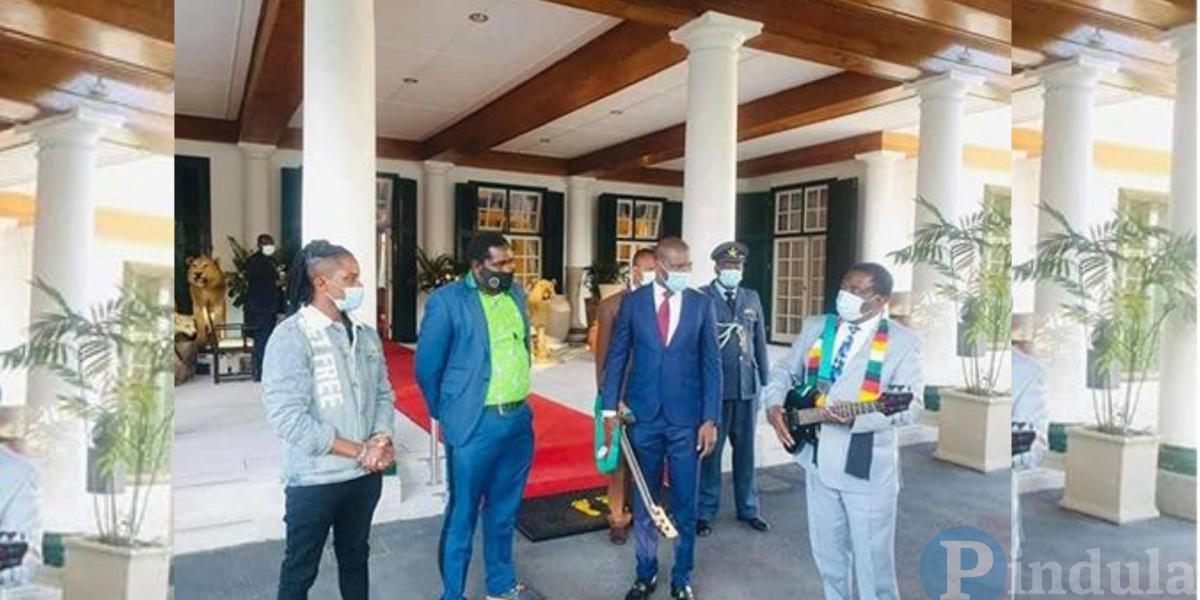 The Deputy Minister of Youth, Sport, Art and Recreation, Tinoda Machakaire has made a u-turn urging Zimbabweans not to fight artistes.

Machakaire later posted on his social media accounts calling for a tone down of criticism against Winky D also known as the Gaffa. Wrote Machakaire:

I have seen with growing concern the video circulating on social media.

It is quite unfortunate that the video wasn’t shared in its entirety.

However, all I am saying is let us not fight artists (Winky D).

I know most young people are unemployed and this is a bone of contention with most of our youth.

In Harare alone, for example, roads in most of our residential locations have deteriorated, City of Harare is failing to provide clean and safe water, traffic lights are not working, stadiums are down, failure to develop working spaces e.g. Coca Cola.

We have identified the problems and we need solutions to these problems, which is why I am saying, come let us talk.

I know we have a lot of brilliant minds in our nation and if we put our heads together, we can come up with creative and innovative solutions to our problems.

The moment we start fighting each other, it distracts from our purpose and instead of moving forward, we are stuck fighting each other where we could expend that energy and creativity into solving our grievances. That is all I am saying.

Some of the songs on the album portray Zimbabwe as a crime scene where corruption is rampant.

He also addresses issues of leadership failure which he said had resulted in the deterioration of living standards.

On Dzimba Dzemabwe, featuring soulful Shingai Shoniwa, the artistes cry out for what Zimbabwe, the motherland, has become. Shingai, best known as the vocalist and bassist for the English indie rock band Noisettes, sings:

is this the land we cried for, we died for, musadaro (please don’t do that).

Following the launch, the Economic Empowerment Group (EEG) led by Mike Chimombe called on the government to ban Winky D from performing in Zimbabwe accusing him of promoting hate speech through his songs.