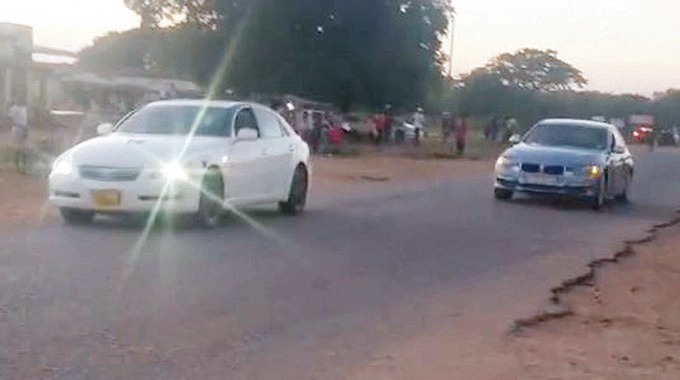 The Zimbabwe Republic Police (ZRP) has said videos circulating on social media in which two cars are involved in a street race were not shot recently but are from 2021.

The videos of the drag racing have been circulating on social media platforms in the past few days giving rise to claims that the scenes were from a recent event.

It’s a video from 2021 and it happened in Mashonaland Central. People should desist from taking everything they see on social media as factual news.

In the video, a BMW and Mark X race, with onlookers cheering and taking videos.

The second video, in which a number of people are seen lying on the ground with others crying, was shot in Pretoria.

Some people on social media reportedly merged the 2021 video with the second video from South Africa in which a car crashes into a big tree.

A driver of a BMW Sedan ran over nine pedestrians, killing three female pedestrians and injuring the other six before crashing into a tree.

The incident occurred at approximately 5.30 PM near a traffic circle on 6th and Koch Street at Salvakop in Pretoria.

Emergency Services arrived on the scene to find multiple patients scattered around the scene with the sedan under a partially collapsed tree.

… Three female children aged about five years were declared dead by paramedics on the scene, while two female patients, of which one is nine months pregnant were transported to Steve Biko Hospital with moderate to serious injuries.

Four other female patients were also transported to the hospital with minor to moderate injuries.