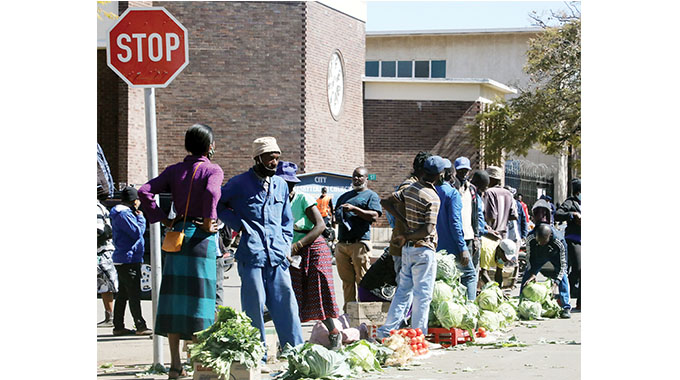 The Bulawayo City Council on Wednesday called off its planned operation to clamp down on all illegal activities in the city amid security fears raised by various stakeholders.

Last week, the city’s town clerk, Christopher Dube gave those involved in illegal activities in the city up to Tuesday this week to cease their activities or be forcibly removed in the operation that was scheduled to commence this Wednesday.

But speaking during a consultative meeting with the business community on Wednesday, BCC Chamber Secretary, Sikhangele Zhou, said the operation was shelved pending the holding of a security sector meeting. She said:

There was an expectation maybe from everyone in the city that today they would be a lot of enforcement around the city, however, there was a lot of polarisation regarding the enforcement and there were people who were preparing this and that which is why there had to be a security sector meeting this morning.

There was a general sentiment that while we plan to bring sanity, we might end up having skirmishes like looting and all sorts of activities of that nature.

As a city, we were ready to start the enforcement today but when we contacted our counterparts, the ZRP, they felt it was wise to wait for today’s meeting so the whole security sector will map a proper way forward and we enforce without putting anything in danger.

Zhou said the council police have no arresting powers so they have to work with the Zimbabwe Republic Police.

Illegal activities targeted by the operation include vending on undesignated sites on the streets, pavements and roadways, washing of cars, repairing of vehicles, illegal pickup points by private vehicles, commuter omnibuses and buses, delivery of farm produce and other products onto the streets, push carts, heavy commercial vehicles into the city centre which have all resulted in serious congestion, chaos, littering as well as an increase in pickpocketing. | The Sunday News