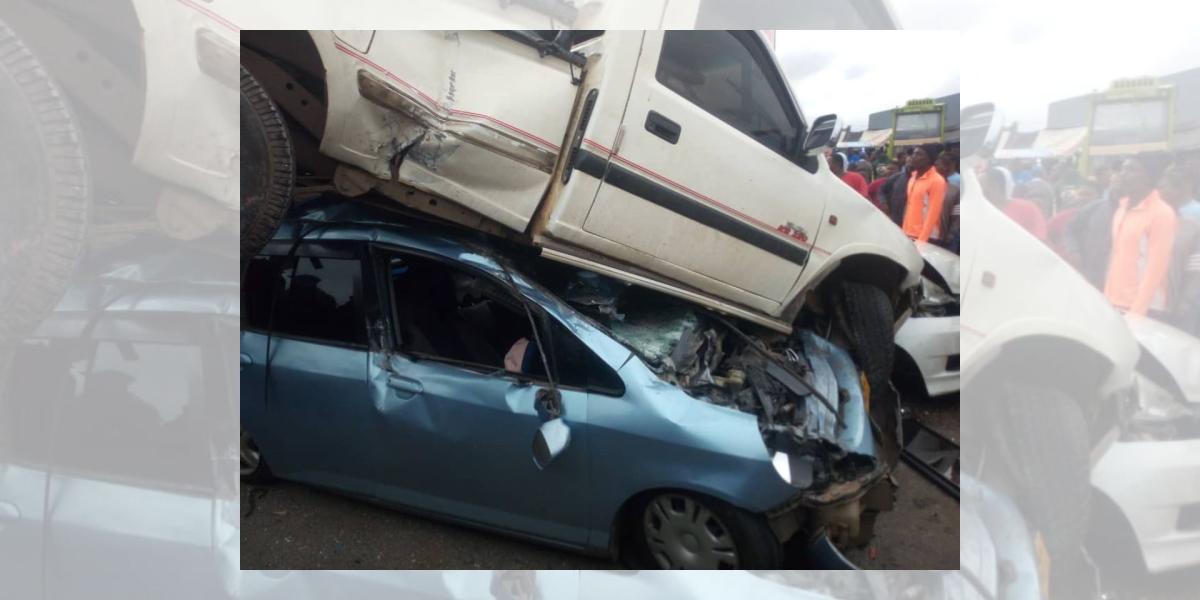 Eleven (11) cars were involved in an accident at the intersection of Coca-Cola along Seke Road in Harare’s Graniteside industrial area on Tuesday morning.

Witnesses said the accident was caused by the driver of a bus who lost control of his vehicle following brake failure and crashed into an Isuzu truck, which landed on top of a Honda Fit vehicle, leading to a pile-up, but there were no fatalities. A witness told NewsDay:

The bus lost brakes and when it was trying to avoid an oncoming truck it rammed into a white pick-up truck which landed on top of a Honda Fit, leading to a pile-up accident. The white Isuzu truck had only one occupant and the Honda Fit had three occupants who were pulled out of the car by onlookers.

I can confirm that there was a multiple car accident in the morning at Coca-Cola intersection, Seke Road in Harare. There were minor injuries and a detailed statement is to be released in due course. Police investigations are underway.

Vendors at the intersection implored road authorities to fix the roads saying the area has become a black spot.

An onlooker urged the government to put humps on the Coca-Cola intersection saying many people have lost lives whilst vendors lost their wares due to these accidents.