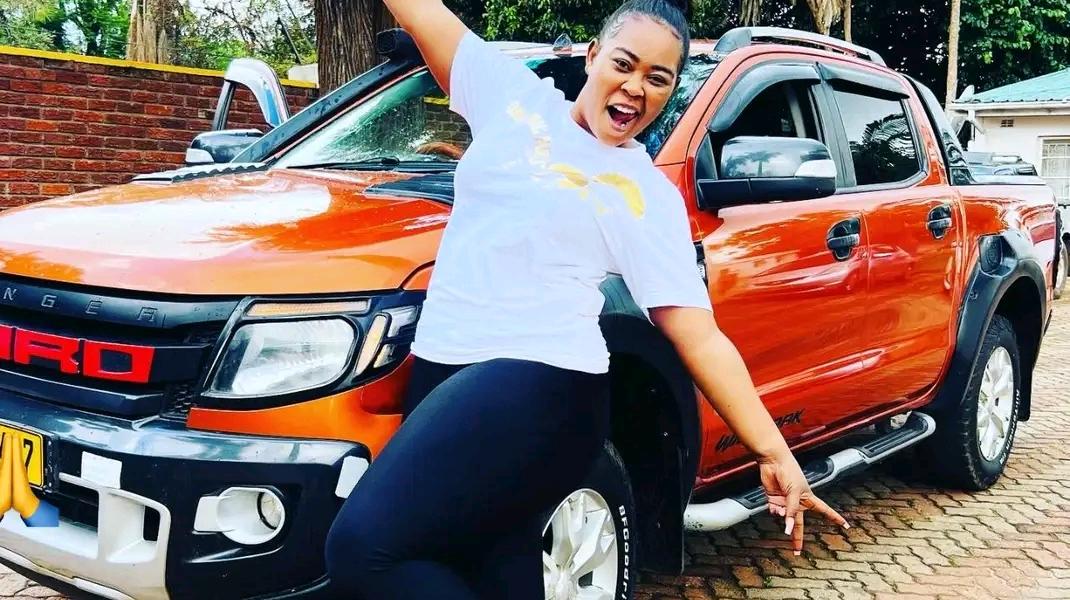 Comedienne and Socialite Tarisai Chikocho, popularly known as Madam Boss, has dismissed reports that her new luxurious Ford Ranger was a donation.

Madam Boss was involved in an accident on 22 October this year on her way from Harare to Kadoma where she was billed to host the Jah Prayzah-Makhadzi show later in the evening.

She told H-Metro on Thursday that the car was not a donation but that she bought it. She said:

Do you think an insurance company can replace a damaged vehicle within a short period of time? I bought it myself and no one donated it to me.

The socialite accused employees of a company that “failed” to fix wheel nuts of negligence, which she said resulted in the accident. She said:

The vehicle Inspection Department, evaluators, and police have concluded that the wheel nuts were not properly fixed, and that’s what led to the accident.

It is disturbing me daily, but as for my body all is now well and I am enjoying my new kid. She is performing well on the road.

Madam Boss revealed that her husband (Ngoni Munetsiwa) was helping her with business errands before she acquired the Ford Ranger to replace the Range Rover that was involved in the accident. She added:

By the way, I sold my other car to fund my projects.

2 comments on “My New Car Was Not A Donation, I Bought It – Madam Boss”