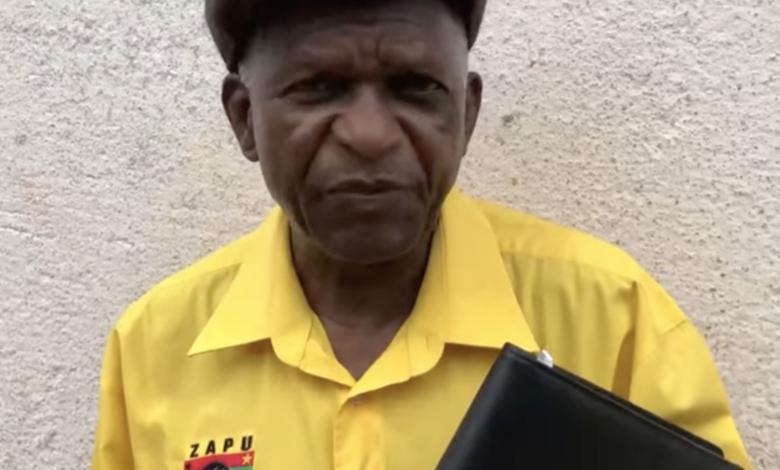 The former ZAPU Secretary General, Strike Mkandla, is questioning his expulsion from the party, saying he was not given the specific reasons for the move.

He also argued that he was not among senior party members who took the party to court.

Mkandla, Matthew Sibanda, Ernest Ndlovu, Mildred Mkandla, and Akim Nkala were expelled from ZAPU on 12 November 2022 on the grounds that they had chosen a path that would harm the party.

But he maintains that he was fired because of allegations that he was planning to form and launch a new party, reports which he denied.

In a letter dated 17 November 2022, albeit not addressed to anyone, Mkandla said no charges were presented for the expelled to either “accept or challenge” in a disciplinary committee hearing of the Council of Elders.

He also argued that they were expelled from the party without a disciplinary hearing, as required by the party constitution.

However, speaking in an interview with CITE, ZAPU national spokesperson, Msongelwa Ndlovu, said Mkandla’s letter was not addressed to anyone in the party, and therefore does not merit a response. Said Ndlovu:

I don’t know what Dr Mkandla meant when he said the SG must send it to relevant persons because the SG of ZAPU is not anyone’s postboy.

Dr Mkandla is a former SG, he knows what to do, and he knows how to address letters if he wants to send a letter to ZAPU.

As far as we are concerned there is no ZAPU letter that was written by the former SG. If he is to write a letter we will respond.

We will not use official communication from the party to respond.

Ndlovu admitted there were no suspension letters because “they were expelled with dishonour.”