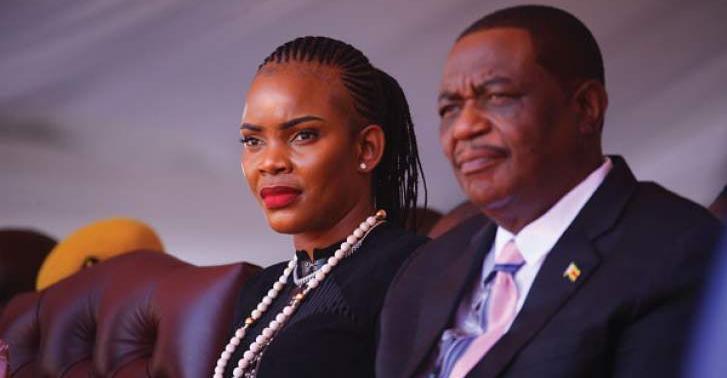 The High Court has struck off the roll a property dispute case involving Vice President Constantino Chiwenga (the applicant) and his estranged wife Marry Mubaiwa (the defendant).

High Court judge Justice Owen Tagu removed the case from the roll after noting that the matter was not moving due to several postponements and the non-availability of the defendant and the applicant.

Justice Tagu also said he could not keep holding the record when the case was not progressing, NewsDay reported. He said:

I could not, therefore, keep on holding onto the file…

The only way to go about this problem is to remove the matter from the roll and parties be given guidelines.

He also ordered that the registrar be directed to set the matter down for hearing on any available date after new pleadings have been made.

This basically means that the case was removed from the court roll and that the judge will not consider it or hear the argument on the initially set date. The applicant will have to place it on the roll on another date.

Previously, Mubaiwa’s lawyer, Beatrice Mutetwa asked for permission to file heads of argument to include the interests of the couple’s children. This was objected to by Chiwenga’s lawyer Lewis Uriri said that the rights of children were catered for by their guardians, according to the country’s constitution.

Since 2019, Chiwenga, a former military commander and Marry, a former model, have been embroiled in a nasty divorce.

The courts eventually granted the divorce but the courts are yet to determine how the duo will share property.

In 2020, Marry made the following demands as a condition for divorce:

Chiwenga reportedly offered to deliver to Marry, among other assets:

7). mirrors and tables from the main bedroom,

12). a washing machine and other utensils.