The Zimbabwe dollar has continued its downward spiral against the US dollar. According to the results of the official foreign currency auction conducted by the Reserve Bank of Zimbabwe (RBZ) today, 20 September 2022, the weighted average rate has fallen to US$1: ZWL$613.3681.

In an update seen by Pindula News, the central bank reported that a total of US$13.66 million was allotted to various sectors at this week’s RBZ foreign currency auction.

1. Bids with overdue CD1s, outstanding Bills of Entry (BOEs), insufficient ZW$ and those with sufficient FCA balances were also disqualified.

2. Some Bids were allotted on a pro-rata basis. 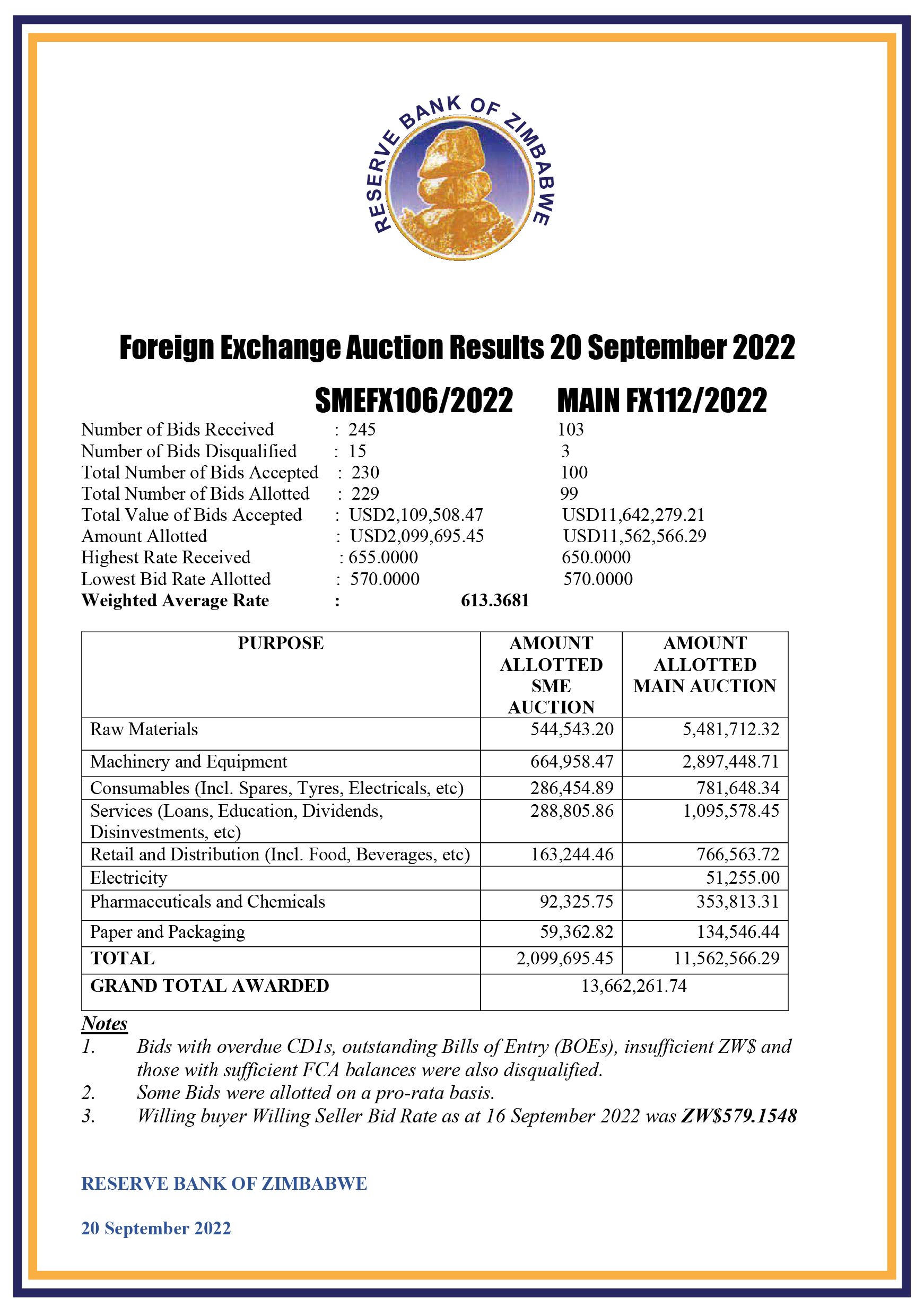 One Comment on “RBZ Forex Auction: Zimbabwe Dollar Official Rate As Of 20 September 2022”