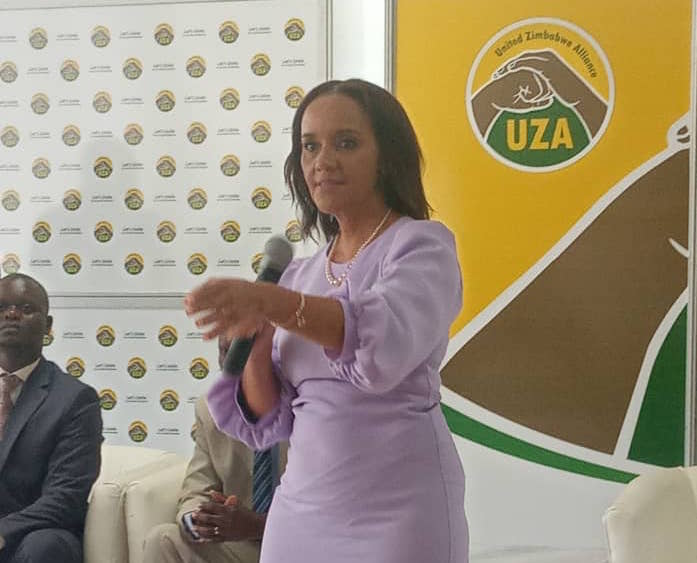 United Zimbabwe Alliance (UZA), led by Elisabeth Valerio, has challenged other political parties to desist from creating divisions in the country but rather to ensure adherence to a democratic system of rule.

In its statement to mark the International Day of Democracy which is commemorated on 15 September every year, UZA also called the country’s youths to participate in politics. Pindula News is publishing the statement issued by UZA below:

United Zimbabwe Alliance (UZA) joins Zimbabwe and the rest of the World in commemorating the International Day of Democracy.

Established through a resolution passed by the UN General Assembly in 2007 encouraging governments to strengthen and implement policies and measures that consolidate democracy, the day is celebrated annually on 15 September.

The International Day of Democracy serves as an opportunity for us to reflect and take stock of our journey in fulfilling the basic tenets of democracy.

The day also gives Zimbabwean office bearers and citizens the platform to reflect on and renew their commitment to building equal, accountable, stronger and healthier societies where everyone is protected, respected and empowered to realise their maximum potential for development The United Zimbabwe Alliance values International Day of Democracy.

We celebrated the end of colonial rule in 1980, as it promised to return power to the hands of those elected by the people.

The recognition that women are equal players politically is also appreciated and our party values the role of women as voters and political office bearers.

As we look back on this important day our party believes that while progress has been made to ensure adherence to a democratic system of rule, more needs to be done to ensure that citizens realise the full benefits of a democratic state.

Equally important is the role of youths where we believe that Zimbabwe’s young people will have the deciding vote in the 2023 general elections.

Our youths must realise that they are the drivers of change in our nation. They must know that change will come but this will only be possible if they as citizens participate fully as voters and candidates.

Section 67 of our Constitution sets out political rights for every citizen, stating that every Zimbabwean has the right to make political choices freely.

It also guarantees every Zimbabwean equal rights to fully participate in elections as candidates.

UZA calls on leaders in governments around the world to support and invest in inclusive societies where different opinions are embraced and where freedom of expression is guaranteed.

Our party supports a politically plural Zimbabwe espousing constructive engagement of all political parties in good governance, this is why, as UZA, we don’t spend time denigrating other political parties.

We bring to Zimbabwe a different political agenda and a clear mandate to unite Zimbabweans and build our country which has historically been ruined by divisive politics for the past two decades.

On this day, we are also calling on the existing political parties to desist from creating divisions in our nation and ensure inclusive democracy where every citizen’s political rights are protected and guaranteed.

UZA comes at a time when Zimbabwe is in dire need of new leadership with unifying politics. As UZA, we do not tolerate any form of discrimination.

In a Democracy, state institutions and the other arms of government will be independently espousing the basic tenets of human rights.