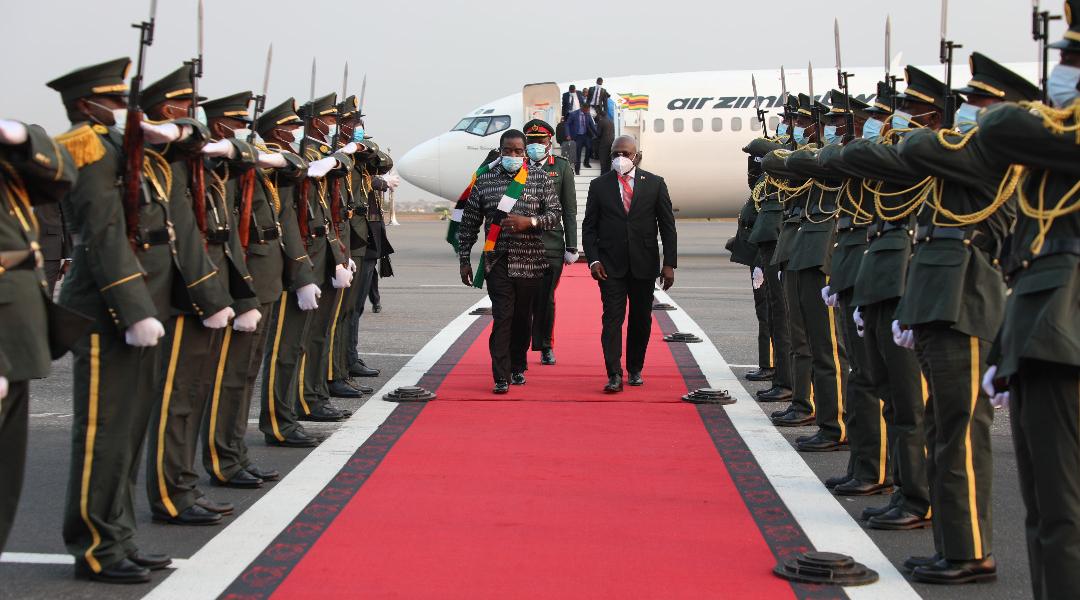 President Emmerson Mnangagwa said he was grateful to reach 80 years of age, adding that he felt good to continue working.

In brief remarks to journalists on Thursday soon after his return from Angola for the inauguration of Angolan President Joao Lourenco earlier that day, Mnangagwa said:

I don’t feel any difference between yesterday and today. But of course, one feels that at 80, one must be grateful that the Lord has kept you, up to that level. So, I am very happy, and I feel very good to continue working.

Before his departure from Angola, the Zimbabwean delegation that accompanied him home presented him with a cake emblazoned with the national flag.

The ceremony was also attended by about 12 other Heads of State from Portugal, Guinea Bissau, Cape Verde, Congo Brazzaville, Equatorial Guinea, Saharawi Republic, São Tomé and Principe, Zambia, the Democratic Republic of Congo, Burundi and Namibia. | The Herald