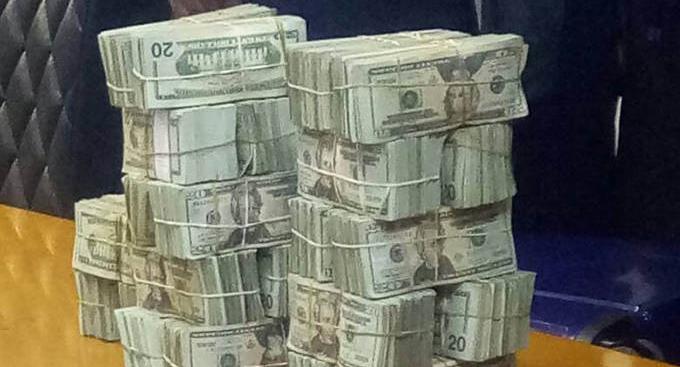 The Zimbabwe Republic Police (ZRP) is investigating the matter.

In another robbery case, a Bulawayo businessman lost US$15 000 and a cellphone after he was attacked by three suspects outside his home in the city centre.

Police said the incident occurred on September 9 at around 12 midnight. Reads the police report:

The ZRP is investigating a robbery case in which a Bulawayo businessman (34) was attacked by three unknown male suspects at Corner 3rd Avenue and Robert Mugabe Road on 9 September at around 12 midnight.

The suspects pounced on the complainant, who had parked his vehicle outside his residence. They flashed him in the eyes with a torch while threatening to assault him with an unknown object before stealing US$13 000 and two Samsung cellphones.

Meanwhile, ZRP Beatrice arrested Knowledge Chimuchekwa (30) in connection with a robbery case which occurred at Pondoro Farm Chinhoyi where property worth US$5703.00 was stolen.

Police recovered the stolen cellphone from the suspect. The other suspects, identified as Ray Chirombo of Glenorah, Harare, Give of Chitungwiza, Trynos of Southley Park, Harare and Lucas of Epworth, Harare, are on the run.

In a related case, police announced the arrest of Tinotenda Chigwande (37) and Huggins Nyamukanga (40) for a spate of robbery and theft cases committed in and around the Glen-Norah area between February 2022 and September 2022.

Police say Tinotenda Chigwande was picked by Harare police on Tuesday last week in connection with a case of theft from a car and he implicated Huggins Nyamukanga who was later arrested after a shootout with the police.