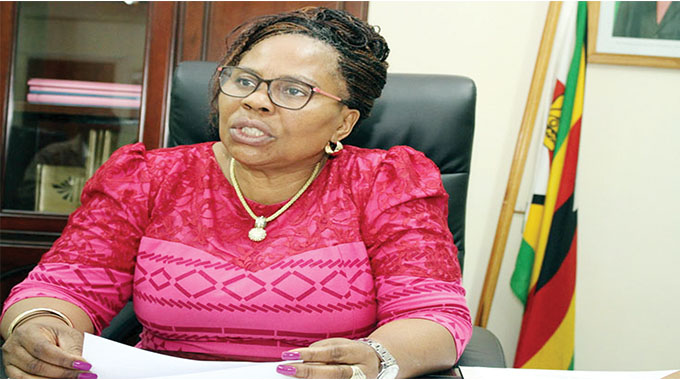 Information, Broadcasting and Publicity Minister, Senator Monica Mutsvangwa has condemned the “barbaric and outrageous assault of journalists” at a Citizens Coalition for Change (CCC) rally in Chinhoyi over the weekend.

NewsHawks journalist Ruvimbo Muchenje and Nunurai Jena were harassed by the party’s security personnel who were manning the event.

In a statement seen by Pindula News, Minister Mutsvangwa said:

ASSAULT OF JOURNALISTS AT A RALLY IN CHINHOYI AT THE WEEKEND

The Ministry condemns the barbaric and outrageous assault of journalists at a rally in Chinhoyi over the weekend.

The journalists, Ruvimbo Muchenje and Nunurai Jena were humiliated, harassed and prevented from executing their duties by party security officers as they tried to gain entry into Gadzema stadium to cover the rally on 11 September 2022.

We have witnessed this trend of harassing and assaulting reporters growing in the last couple of weeks and as Government we do not condone any acts of violence against journalists. Political parties should remember they are responsible for mishaps that happen at their rallies and should at all times restrain their supporters and security officers. The attack on female journalists borders on gender-based violence, something we have strongly spoken about.

It is the right of the media to cover events and for information to be given to them. Political parties should not muzzle the Press and decide the events they want them to cover.

CCC’s national spokesperson, Fadzayi Mahere said an assault on Ruvimbo followed the explosion that was recorded at the scene. It is reported that suspected petrol bombs exploded at the scene. Said Mahere:

After the detonation of the explosives, the security team immediately intensified security at all entry points of the venue to safeguard against a further security breach inside the venue. The security team further had to manage the panicked crowd which was trying to run to safety.

In the midst of this emergency response effort, a misunderstanding arose between journalist Ruvimbo Muchenje and one of our security officers leading to a regrettable incident of assault. Our communications team immediately stepped in to de-escalate the incident.

Mahere said the party had since approached Ruvimbo Muchenje directly to offer “our unreserved apology for the incident. She graciously accepted our apology. For the avoidance of doubt, we remain committed to ensuring a free and safe environment for journalists who cover our events.”